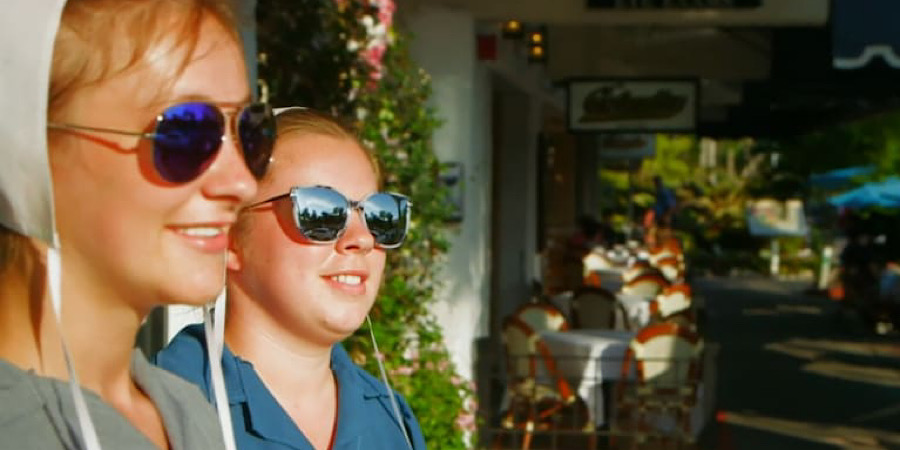 On the most recent Return to Amish, tensions flare between besties, Maureen and Rosanna. Rosanna became increasingly frustrated hearing Maureen talk about Daniel. She has also heard them late at night on the phone having intimate conversations. Rosanna compares the sounds they make to that of barnyard animals. Maureen truly feels Daniel is someone special that she wants to date. She cannot understand why her feelings bother Rosanna. The only explanation she sees is her friend is either jealous or has a crush on her. Twitter seems to believe it is the latter.

Return to Amish’s Rosanna and Maureen: The Way They Were

When Ada offers her granddaughter, Maureen, the chance to leave Amish life for Florida, she is scared but excited. A schoolteacher from Pennsylvania, she had never done anything of this magnitude. Her best friend, Rosanna was eager to come along for the ride. They were stunned to discover what it took to get a plane ticket at the airport. However, Maureen’s crush, Daniel was an ex-Amish taxi driver and had no problem driving the girls to their new life.

He expressed his attraction to Maureen before they left Pennsylvania by writing his number on her hand. Danny told her to call him.  She did when they could not buy their plane tickets. It all seemed very sweet and the girls were ready for a road trip. Unfortunately, Rosanna crossed a line on the way down to Florida that made Maureen second guess what type of friend she was. While playing in a lake, Rosanna lifted up her dress and exposed her private area to Danny. He could not help but stare and this stuck with Maureen.

Danny dropped them off in Florida and went back home, remaining only in Maureen’s mind. She and Rosanna went on to the beach, tried sushi, made new friends, and experienced English life. Sadly, it was all about to turn because of Danny and a twinge of jealousy.

Does Rosanna Have Feelings For Maureen?

While out for a traditional English breakfast, Maureen was talking about how much she liked Danny. This started to bother Rosanna so much but Maureen could not understand why. Her first thought was her friend must be jealous. Maybe she liked Daniel, too or she wanted to have a crush. Then, it went to another level. Maureen questioned if Rosanna had a crush on her. This was not unfounded because fans on Twitter wondered the same thing.

More viewer comments seconded this one, saying: “Ok I could kinda see Rosanna having a crush on her tbh.”  While others flat out said they think Rosanna likes Maureen. As Sabrina pointed out, these girls are young and this is all new to them. The more experiences they have, the better they will understand their feelings.

Do you think Rosanna is jealous or has feelings for Maureen? Let us know in the comments below and don’t miss Return to Amish Mondays at 9 pm on TLC.