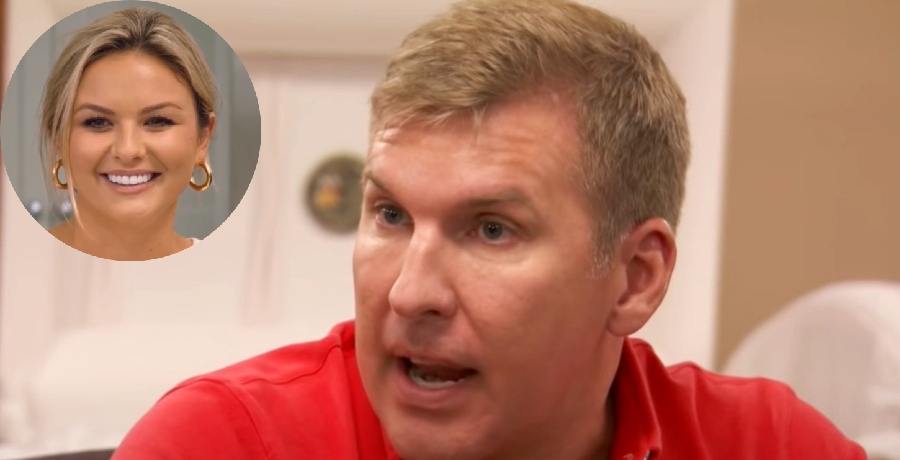 Being Chase Chrisley’s girlfriend, Emmy Medders is officially an extension of the reality TV family. She had the pleasure of meeting Chase’s father Todd. And, it sounds like Todd Chrisley approves of his son’s girlfriend. Moreover, it sounds like Emmy Medders gets along with Todd fairly well too. These are all good things as the fan base for the USA reality TV series has been putting a lot of pressure on this couple to get engaged. In fact, rumors constantly swirl Chase and Emmy are already halfway down the aisle.

So, it isn’t too much of a surprise that Emmy Medders would her boyfriend’s family in wishing Todd a happy birthday today. She, however, did put her own unique dab of humor on her birthday tribute.

Chase Chrisley’s girlfriend shared a cast photo of Todd Chrisley wearing a king’s crown on her Instagram Stories this afternoon. The picture had a blue background behind it. There was also white lettering below it outlined with a black background. This was Emmy Medders’ tribute to Todd for his birthday. You can see a screenshot of the sweet tribute below. 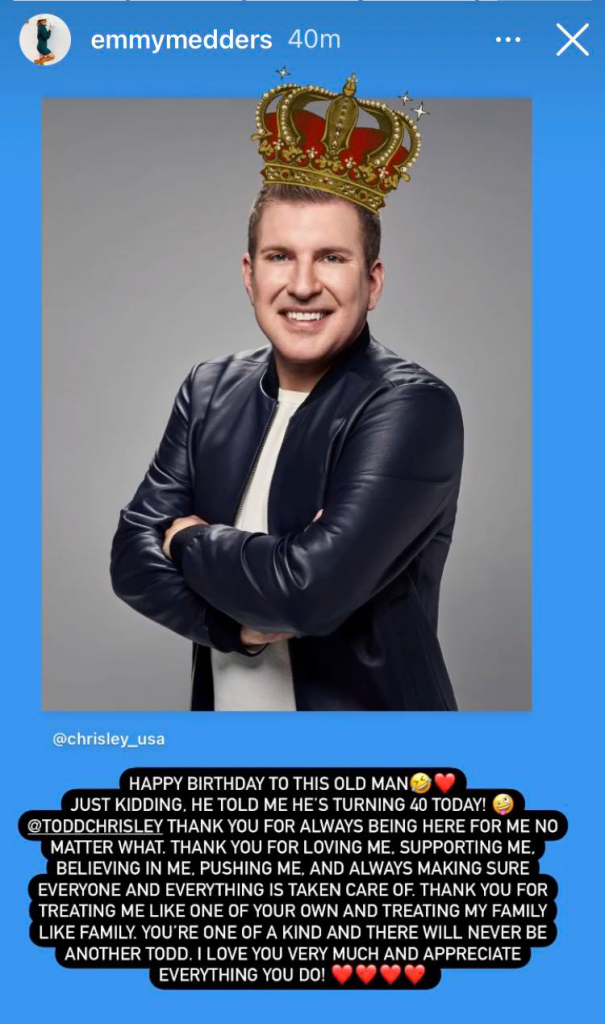 Chase’s girlfriend shows a lot of love for his father

After poking fun at the “old man.” And, revealing he lied to her about his age… She proceeded to gush and dote on the reality TV father. Turns out, Emmy Medders has a lot of love for Todd Chrisley. Emmy Medders thanked Todd for supporting her, pushing her, and treating her just like one of his children.

Moreover, she reveals Todd Chrisley is also kind to her family. Treats them like they are his family.

“You’re one of a kind and there will never be another Todd. I love you very much and appreciate everything you do.” She said at the conclusion of her tribute with a bunch of red hearts.

Emmy Medders is clearly close to the Chrisley family

This tribute paints a pretty clear picture of how serious Chase and Emmy are. The duo are close enough for Emmy to have developed a pretty intense bond with his father.  Moreover, the Chrisley family and Medders family have grown close. So, it is really no wonder Chrisley Knows Best fans want to see these two get married. While Julie doesn’t think Chase is ready for marriage… It is clear this special girl has won over his entire family.

Did you think Emmy’s birthday tribute to Todd was sweet? Are you surprise he lied about his age to her? Share your thoughts with us in the comments.