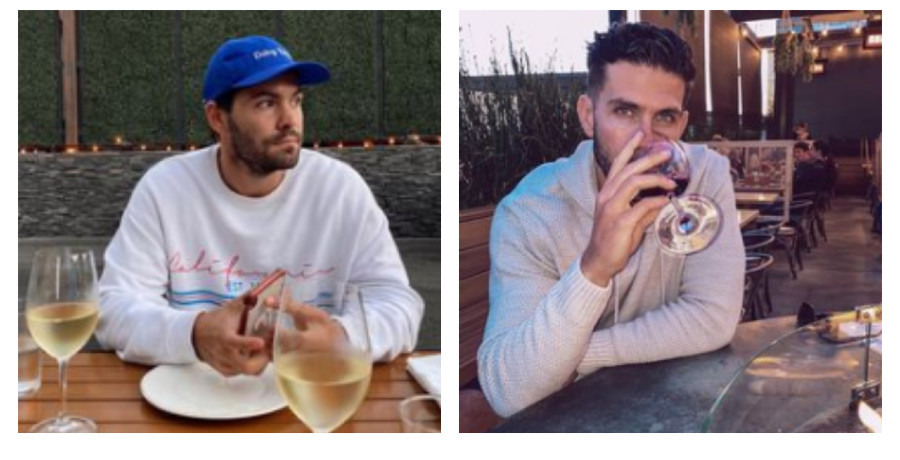 Dylan Barbour continues making waves in Bachelor Nation. A few months after his controversial comments about producer manipulation, the alum is shading the franchise again. But this time, he received an immediate clapback from another member of the franchise, Chris Randone. The two engaged in a dust-up on social media.

What caused the tension?

Over the weekend, a number of Bachelor Nation alums gathered in Nashville, Tennessee. They were celebrating Kelsey Weier’s birthday. Blake Horstmann and Chris Randone were among the partygoers.

But it seems that Dylan Barbour didn’t get an invite. Not surprising, considering the way he outed the behind-the-scenes drama. Earlier this year, he shared some hot tea about how producers manipulate the contestants.

He even promised to spill more tea. Instead, he walked the initial comments back, as People magazine reported at the time.

But it seems he may have ruffled some feathers in the franchise. When the news came out about the Bachelor Nation Nashville get-together, he took to Twitter with his reaction. He wrote that the show’s “producers gotta be stoked” at all the alumni hanging out.

One follower took his tweet to the next level, joking that the attendees were “trying out for paradise.” Bachelor in Paradise is returning this summer after going on hiatus last year due to the coronavirus pandemic.

Insiders hinted that the network is having trouble finding contestants. But maybe not so much, if Barbour’s shade is any indication.

Barbour’s tweet didn’t escape the notice of one of the partygoers. Chris Randone saw the shady tweet and responded in kind. He implied that the group in Nashville didn’t have a hidden agenda. It was simply a friendly hangout.

Imagine not being able to hang out with friends

It seems a Twitter clapback wasn’t enough. Chris Randone took to his Instagram Stories to continue his disagreement with Dylan Barbour.

In a lengthy statement, Randone defended attending the get-together in Nashville. He revealed how the isolation of the pandemic affected his mental health.

Part of his statement said, “I spent a s**t ton of 2020 in a dark place, alone & on a long journey figuring out not only my life but processing, healing & accepting my new chapter that kept me away from friends, family & being sociable. I spent a ton of time alone.”

As fans may recall, Randone’s marriage to fellow BiP alum Krystal Nielson ended in 2020 after just eight short months. Less than a year later, Nielson announced she was expecting a baby with her new boyfriend, Miles Bowles.

Dylan Barbour has yet to respond to Chris Randone’s clapback.

Do you think Barbour was out of line with his shade? Let us know in the comments down below.

Join us on Facebook for more Bachelor Nation news and gossip.

‘General Hospital’ Spoilers, August 2-6, 2021: What Is Austin Up To?
‘Love Island USA’: Shannon & Josh Became Fan Favorites — Here’s How
‘Love Island USA’: Hawaiian Residents Disrupted By Production
Paris Hilton Joining ‘RHOBH’ Would Be ‘Hunky Dory’ With Fans, But Will She? Kathy Spills All
Derek Hough Dishes On His Relationship With Hayley Erbert