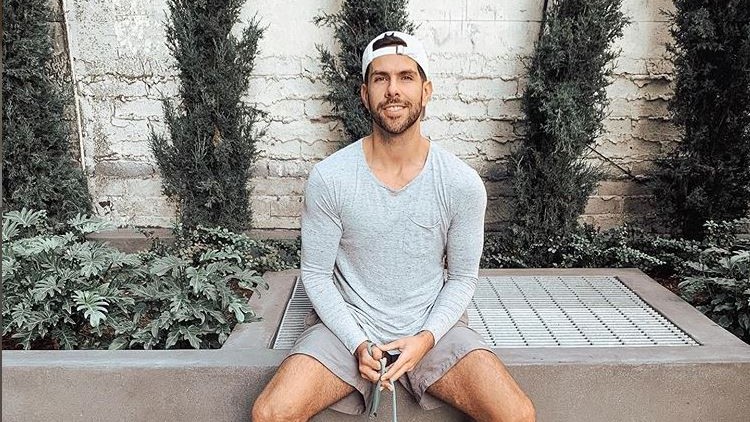 Chris Randone is speaking out about his broken marriage with Krystal Nielson. They met on Bachelor in Paradise in 2018 and married last summer in Mexico. Their marriage lasted only 8 months before agreeing to a separation. Now, Chris has shared that Krystal filed for divorce. They both are talking more about their relationship and Chris is explaining what went wrong.

How beautiful is this shot? We’re so grateful to return to the spot of our first date together @vidanta for our wedding. Perfect venue, perfect sunset for our first night as husband and wife! #krystalgetsgooses #glittergoosewedding #bachelorinparadise 📸: @crisbernalphoto

Chris shares what was wrong with their marriage

US Weekly shared the scoop about what went down between Chris and Krystal.  Chris admits he sort of saw the writing on the wall and knew something was wrong in their relationship. When they separated in February, he wasn’t completely surprised.

He said, “I would be lying if I said yes.” He continued, “Because there were definitely moments where there were either warning signs or there were just mixed signals.”

Chris also feels his busy schedule added strain to their relationship. Chris also said, “I think one of the biggest issues was me going from one show to the next, with really no time to process.” He continued, “Because I think after I got eliminated from [Becca Kufrin’s] season [of The Bachelorette], it was only a couple of weeks where I was back on another show. But I traveled back, my sister had a baby, and then I literally was back on a plane to Mexico.”

The past 8 months have not been easy… I’ve been torn between mourning a life that could’ve been… and determined to fight for the future that I know I deserve. With respect and support for one another, Chris and I have decided to move forward with filing for divorce. We are grateful for the events that brought us to find one another, as we have been great teachers on our journey of personal discovery and growth. I believe that there can be beauty inside of pain when we have the courage to look within with compassion and a willingness to grow. We all deserve to live a beautiful life we love… and sometimes we realize it’s time to let go and LET GOD. 🙏 Thank you for the well wishes and continued support. It means the world. ❤️✨

He also says, “I couldn’t process it or focus on that or just be able to address it because I had a relationship [and] I was engaged and then that turned into a marriage.” Chris went on saying, “And the entire time I abandoned myself, which I think led to just some issues within me as well.”

And, while they were both mutual in their decision to part ways, Chris says living in the public eye made things even worse.

When they separated, Chris hoped they would be able to reconcile and reconnect. He realizes that some good things must end. And in their case, it was for the best. Being apart allowed Chris clarity and for him to find himself, so to speak.

He doesn’t regret his time with Krystal and thinks life has different chapters and different layers. In the end, they learned a lot from each other and will utilize that moving forward.

During his time apart from Krystal, he has been working on co-writing a book. The book deals with working on mental health and helping people through tough times.

Stay tuned for more information on all your favorite Bachelor stars.

Michelle Young’s ‘Bachelorette’ Cast Revealed!
‘The Bold & The Beautiful’ Spoilers, July 26-30, 2021: Finn Gets A Family
‘Welcome To Plathville Season 3’ Will The Family Make Amends?
‘You, Me, And My Ex’ Alex Hines STILL Defending Relationship With Caroline
CAT-astrophe? ABC Hired Audience Member To Kiss Connor On ‘MTA’