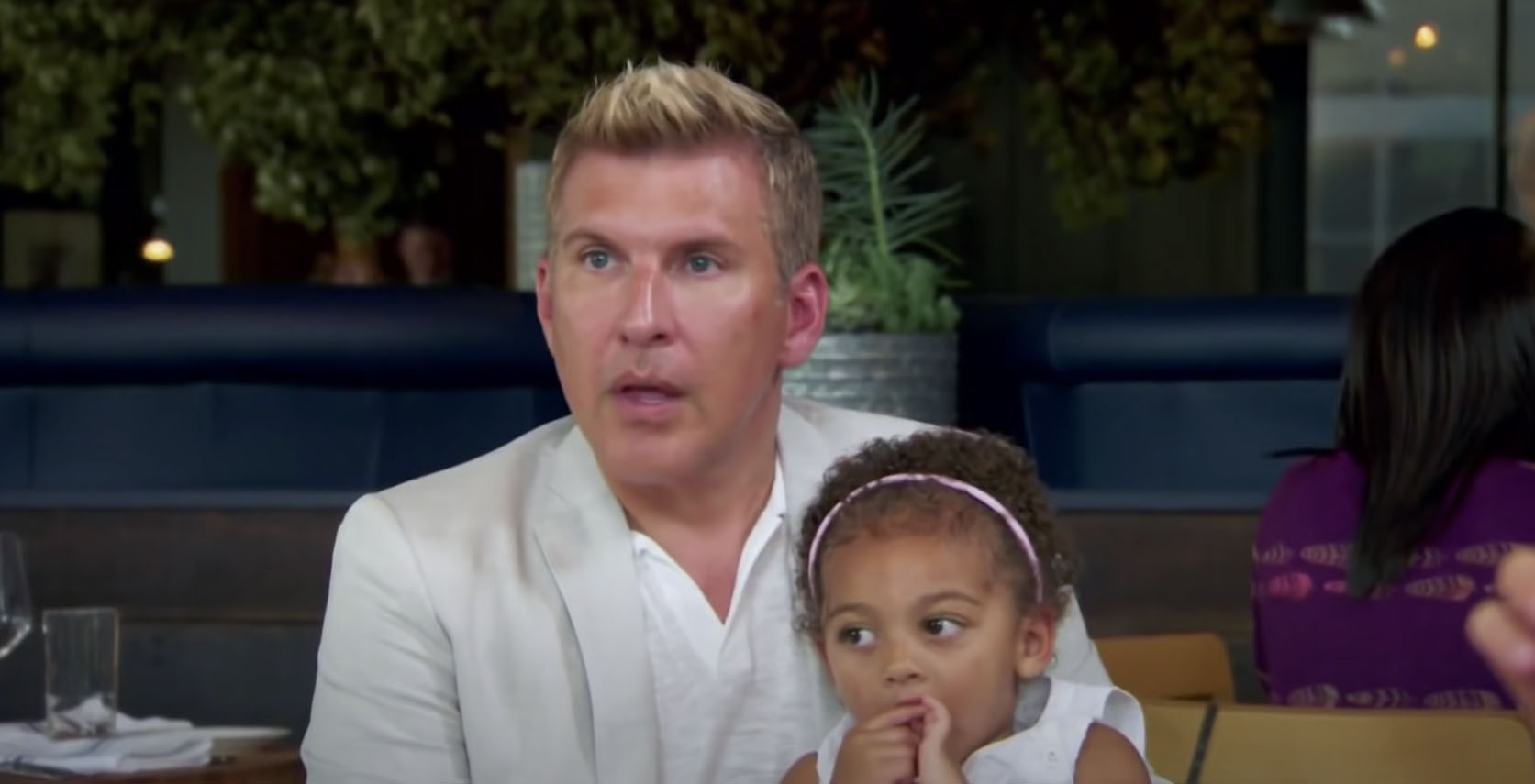 Chrisley Knows Best fans are getting to know another side of Todd and Julie Chrisley. This comes in the form of the family’s podcast, Chrisley Confessions.  While both Todd and Julie admit to having crazy busy lives, it seems like their podcast is a weekly occurrence. One of the segments of the podcasts includes fans calling in and asking the Chrisleys questions. Keep reading to learn about Todd and Julie Chrisley and their heartfelt advice to a young, single mother.

Heartbreakingly, one caller calls into Chrislely Confessions with concerns that she’s going to be alone forever. The young, single mother explains to Todd and Julie Chrisley she was seeing this guy and they had a baby. However, the baby’s father is unable to keep a job, among other undesirable characteristics. While it was hard to do, the caller explains that she kicks her child’s father out. After only a month, he still doesn’t have a job, but he managed to get married. On that topic, she wants to know if she should request child support from him knowing that he’ll go to jail if he doesn’t have a job/can’t pay it.

From the sounds of Todd and Julie Chrisley’s voice, you can tell that they are devastated for this young lady. “Darling, you are looking at your glass as being half empty, when it is running over. You need to thank this chick that took your man and got a ring on him in 30 days when you’ve been keeping his deadbeat ass up all this time,” says Todd. It is apparent that he has this young woman’s back from the beginning.

Julie starts talking and explaining that she “knows that it is difficult.” Ultimately, this is because the young lady has a baby by this guy. It goes without saying that the young lady probably cares about him. “She did you a favor, you maybe just don’t know it right now.”  “He didn’t marry her because he loves her. He married her because he didn’t want to be homeless,” chimes in Todd.

Assures the caller she won’t be alone forever

Todd and Julie Chrisley both reassure the 24-year-old that she’s isn’t going to be alone forever. Todd says, “God was moving the dead weight out of your life so he could bring you a real man.” Todd goes on to explain what a real man is. “A real man works and provides. A real man makes sure that his wife feels safe. And that she has a home to raise their child in. A real man makes sure that his daughter sees him every day and that he is a constant figure in her life. This douche canoe would not even get a job.”  By the tone of his voice, it is apparent that Todd Chrisley feels strongly about this topic.

When it comes to the question of whether or not this person should be made to pay child support, Todd and Julie are in complete agreement. Todd says without hesitation, “Yes, he should.” Julie says immediately after that, “100%. I don’t care who you are. If you’re a mom, if you’re a dad.” “If you’re not there every day, you’re not providing a roof over their head, you’re not putting food on their table, then you need to be paying child support,” says Todd.  Not only that, Todd doesn’t “give a damn if it’s $20 a week.”

Todd has something in common with the caller

Todd goes on to without naming names (Teresa Terry) to explain how he went through this. Through the process of elimination, it isn’t hard to figure out that he’s talking about his first wife, Terry. She is the mother of Lindsie and Kyle Chrisley. He speculates that she owes him about a million dollars, “but she’s broke” so he knows he isn’t going to get the money.  “If you’re broke, you’re broke,” seems to be how he sums up his child support situations.

“At the end of the day, maybe you enforcing the child support, will actually force him to get a job,” states Todd. It seems that Todd has high hopes for this man. “And he will have to realize that life is more than shacking up and laying in a house playing video games doing whatever the hell he does all day.”

“He didn’t just know her and marry her. He was already talking to this trick,” speculates Todd.  “And if he didn’t already know her and she married him after thirty days, she’s as desperate as he is. And you need to let misery love company,” concludes the Chrisley patriarch.

Ultimately, Todd and Julie Chrisley both encourage the young woman to focus on her baby and herself. “God has a plan for you.” “Don’t let your past block your future.” Do you agree with their advice to this young, single mother? Let us know in the comment section below. Come back to TV Shows Ace for more Chrisley Knows Best news.