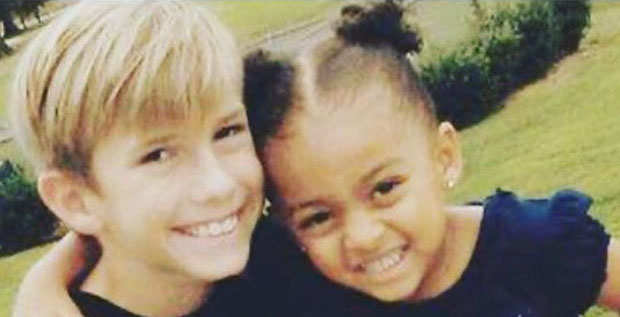 After 8 seasons of Chrisley Knows Best, it’s no surprise that fans of the reality television family have questions. Luckily for them, the family’s podcast, Chrisley Confessions gives them a chance to get answers from the source. Every week (for the most part) Todd and Julie Chrisley take to their podcast to share about what’s going on in their life and answer fan questions. One fan has a question about how Todd and Julie are raising Grayson and Chloe. Specifically, they want to know what dating will look like for the younger Chrisley children. Keep reading to find out more.

Will dating for Chrisley Knows Best Grayson and Chloe look different than Chase and Savannah?

A fan called into Chrisley Confessions and wanted to know if Grayson and Chloe would have different dating parameters than Chase and Savannah.  Julie takes the lead on answering this question and says “I don’t think so.” Part of the reason for this, as Julie explains, is because the younger Chrisley kids are being raised on television. She compares how this is different for Savannah and Chase. They were already teenagers (15 & 16) when Chrisley Knows Best began filming in Spring 2014. However, Grayson has been on television since he was six. Chloe has practically been on television her whole life.

However, Julie also recognizes that social media is more prevalent now than it was when the family first started filming Chrisley Knows Best. That being said, dating looks different now than it did seven years ago. However, Julie does go on to say that since Chloe and Grayson are the last two, they may be a little bit more protective. Todd is quick to add his two cents.  “That’s right. Cuz we’re not raising hoes and hot pockets,” says the reality television father.

The Chrisleys explain how times are different

To illustrate how different things are now compared to when Chrisley Knows Best began, the Chrisley parents explain that at some point or another over the past seven years, law enforcement has been involved in their lives for security reasons. They even mention stalkers. Shockingly, the Chrisley family is currently under 24-hour security because a “psycho” is trying to make contact with Savannah.

Todd Chrisley is always paranoid someone is going to steal his children. As he says, he has the “most beautiful children in the world.” Due to how things change since raising Chase and Savannah, Todd and Julie agree there is a  way of administering the strictness.  “As parents, we continue to learn. Continue to evolve. Continue to figure out what works and what doesn’t work,” explains Julie.

Understandably, Chrisley Knows Best patriarch, is concerned about how old he will be by the time his youngest child, Chloe begins dating. Todd explains that he’ll be about 61 when Chloe starts dating in about eight years. He poses an interesting question. “How am I going to beat the sh*t out of someone at 61? I’m just going to have to go with a ball bat.” However, Julie assures him that he’ll still be able to do it. Luckily, Todd already has a plan in the works. Todd shares that he and Chase were recently laughing about something Chloe-related. At this time, Todd let Chase know that when she starts dating, Chase was going to have to handle it. Todd reiterates that his age may be an issue and since Chase is younger he can “be out there fighting in the streets.”

Todd Chrisley also recognizes that dating for Chloe will be different for her compared to his other kids. Julie says there’s a “sense of urgency with Chloe.” This is because she is biracial. However, it is apparent, Todd and Julie Chrisley will go above and beyond to advocate for Chloe. “It’s a different world out here,” says Todd. “I have to worry about if she’s going to be treated differently because of the color of her skin,” mentions Todd. He even recollects how the family received hate mail after they brought Chloe into their “influential bubble.” Ultimately, they don’t want her to be treated any differently.

When it comes to how the Chrisley Knows Best parents will handle Grayson and dating, Todd takes the lead on this answer. There seems to be less to say about Grayson and dating. Earlier in the podcast, Julie explains how Grayson is already mature for his age. The example she gives for this is the fact that he keeps his own schedule. Todd explains while he wants to trust a Grayson, “a hard peter ain’t got no conscience.” “When you’ve got a son, you’ve gotta worry about one peter. When you have a daughter, you gotta worry about thousands,” concludes Todd.

‘Married At First Sight’: Karen Turns Into Sexy Kitten With Totally New Look
The Busby Quints Birthday Brings Old Pics – Can You Identify The Babies?
How ‘Below Deck Sailing Yacht’ Producers Almost Missed THAT Kiss
Will Tiffany Espensen End Up With As Many Animals As Bindi Irwin?
What Can Fans Expect From The Next Sassy By Savannah Relaunch?