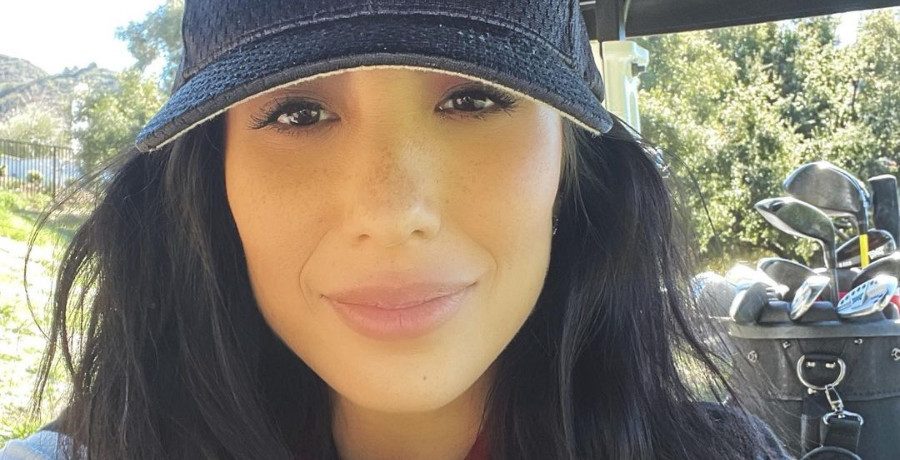 Dancing With The Stars may not want any Real Housewives on the show anymore, but what about other reality stars? Frequent DWTS pro dancer Cheryl Burke has an opinion on which Bachelor Nation alum should join the dance competition.

Season 29 of Dancing With The Stars was an emotional one for Cheryl Burke. She was partnered with Backstreet Boys’ AJ McLean. The pair connected on more than just the dance floor. They bonded over their respective experiences with addiction.

During the course of the season, AJ and Cheryl teamed up for a podcast. A recent episode featured Bachelorette Season 17 final rose winner Zac Clark. As Bachelor Nation fans know, Zac is also a recovering addict.

During his appearance on the Pretty Messed Up podcast, Cheryl Burke floated an idea. Zac Clark would be great as a contestant on Dancing With The Stars. She thinks it would be a way to further “spread awareness” about addiction.

Heavy reports that AJ McLean backs the idea. He said, “It is a great opportunity for people to spread awareness for whatever they’re working on.”

There’s just one problem. Zac Clark isn’t familiar with Dancing With The Stars.

While Zac Clark knows how The Bachelorette works, he wasn’t so sure about DWTS. Cheryl Burke and AJ McLean explained the concept of the show to him. Cheryl explained that it’s a “ballroom dance show” where professional dancers teach the stars how to perform ballroom dances. She hinted that Zac’s “soon-to-be wife” Tayshia Adams might appear on Season 30 of DWTS.

Zac and Tayshia found love during Season 17 of The Bachelorette. Despite recent rumors, the two are still together. Well, not physically. Tayshia is in New Mexico for her new gig of mentoring Katie Thurston for the upcoming season. Zac is holding down the fort in New York City.

Another reason why Cheryl wants Zac on DWTS is to give the men of Bachelor Nation a win. She points out that the male Bachelor Nation contestants don’t do very well on DWTS. However, former Bachelorette stars Hannah Brown and Kaitlyn Bristowe won back-to-back seasons of the dance competition.

Any Updates on Season 30?

ABC has yet to officially announce Season 30 of Dancing With The Stars. But that doesn’t stop speculation about possible contestants. Fans are hoping to see some groundbreaking dance partners on the show.

They may also see more of former dancer Derek Hough. He stepped in for Len Goodman as a judge on Season 29. Due to the coronavirus pandemic, Len couldn’t travel to the U.S. If there is another season, travel restrictions could still be an issue.

Would you like to see Zac Clark on Dancing With The Stars or should Bachelor Nation contestants take a break from dancing? Share your thoughts with us.