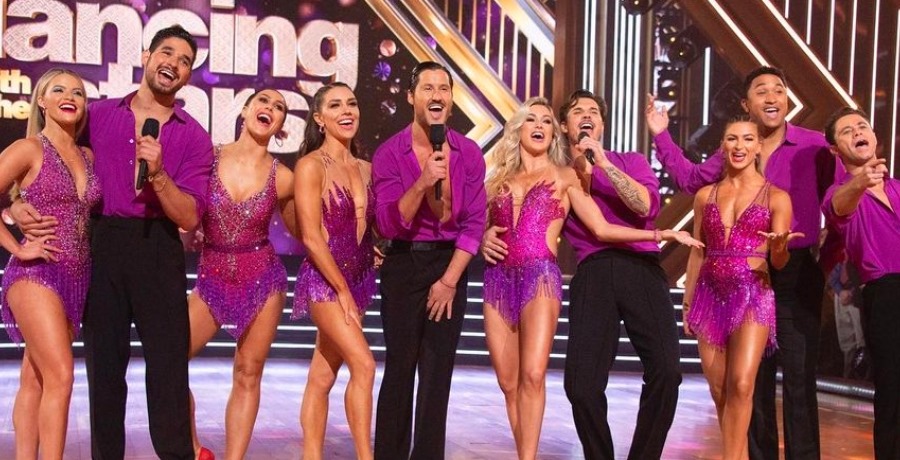 Dancing With The Stars previously discussed adding same-sex competing couples to the competition. However, those talks seemed to die down when the pandemic hit. The show became more concerned with pumping out a season at all. But now that the network knows they can successfully have DWTS even in a pandemic, will we see this new addition this year?

Many Dancing With The Stars Insiders Want To See This Change

“Of course, there is a strong male/female dynamic in dance, but if you have two men doing the same thing, it would look awesome and be so fascinating,” the dancer told Mr. Warburton. “I would love to do it, but it would have to be with the right partner.”

If you follow Gleb on social media, you know he has a strong friendship with his co-star, Keo Mostepe. Of course, since the two are both pros they couldn’t compete together, but they definitely wouldn’t be afraid to do a routine or two together.

Check out this fun Instagram video to see them in action.

When Gleb found out Johnny Weir would be part of DWTS Season 29, he hoped to be paired with the ice skater.

“I can’t wait for this moment! Last season when Johnny Weir got on the show I was like, ‘Johnny, you HAVE to be my partner, but they ended up not doing it. They’ve done it before in Australia with Courtney Act and in the UK with Nicola Adams and they were both amazing!” Gleb continued.

Johnny Weir ended up competing with newcomer Britt Stewart instead, and Gleb got Chrishell Stause. Britt ended up making history of her own as the first Black woman to be a female pro.

ABC hasn’t officially renewed Dancing With The Stars for Season 30 yet, but many pros are already speculating whether or not they will return. Gleb told Mr. Warburton he would love to return. Hopefully, he will and can push for more change.

Gleb told the publication he earned quite a big LGBTQ+ following over the past several years.

“Having their support means so much. I love my fans and anyone who’s super positive and give you lots of love,” he said of the community.

But Gleb Savchenko isn’t the only DWTS employee who would like to see same-sex competitors. Show producer Steven Price worked on the show from 2010-2018. He wants to see it happen too.

“The chemistry [is] all the same. Same-sex, it just brings a different twist to it, because that [is] something that needs to be addressed and out there,” Price said in an interview with The Sun last year.

Executives are hard at work trying to make decisions regarding Season 30. They’re also discussing whether or not to add more political figures this season. We’ll likely know more soon.

Would you like to see more inclusive representation on Dancing With The Stars? Be sure to let us know what you think in the comments.