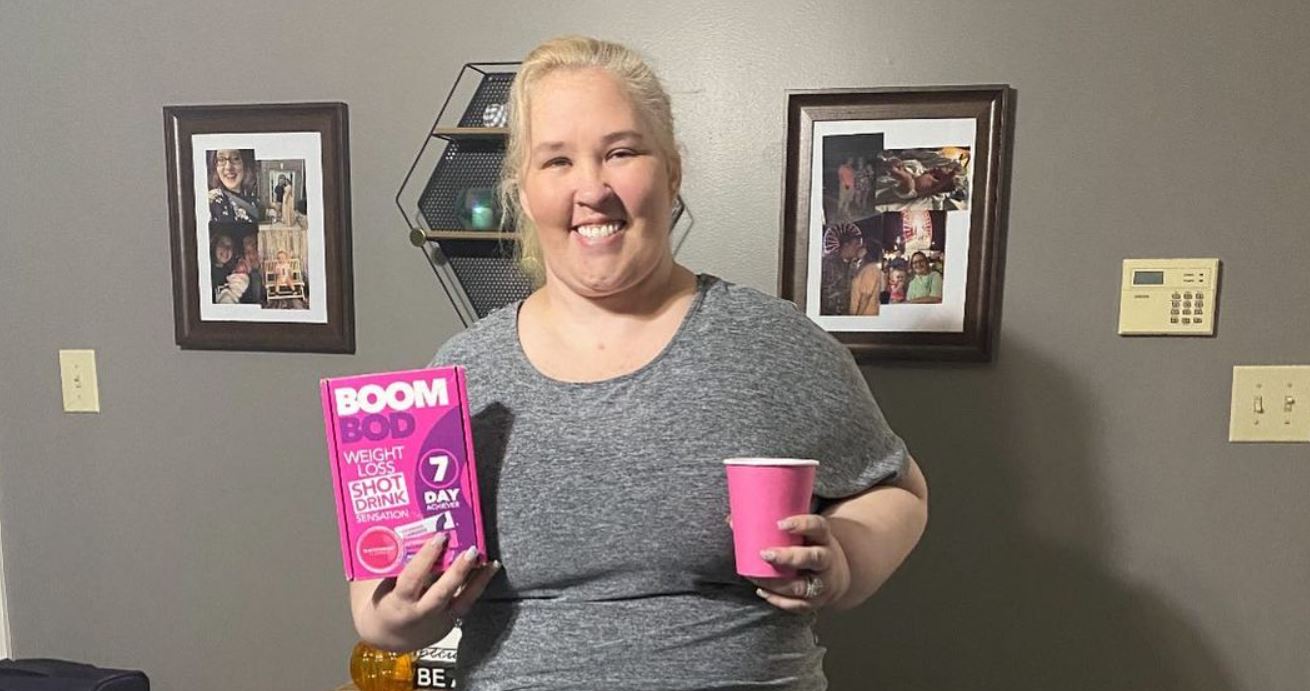 Mama June fans seemed really grossed out with June stuffing her face and some of them think it’s time for a My-600 LB Life crossover. Geno and June Shannon both put on a lot of weight after their rehab, with Geno ballooning by 100 pounds. Meanwhile, June put on 60 pounds. Fans know she struggled with weight issues most of her life. WEtv should really consider calling in TLC’s Dr. Now, fans agree.

We reported that in a teaser for the WEtv show, Honey Boo Boo’s mom literally stuffed her face with unhealthy food. Sprinkles straight out the package went down her throat. So, too did candied cherries, ice cream, and sauce straight out the bottle. That was apart from the smoothie she prepared with all these ingredients. Actually, Geno mocked her because it’s not healthy. So, she claimed that at least they live a “COVID-healthy” life. Later, he quipped about how “much COVID” they ate.

After Mama June Season 5 episode premiered, WEtv fans talked about June and her amazing appetite for unhealthy food. Certainly, it looks like she swapped one addiction for another. Recall, last season, June and Geno took off in their RV. They wasted all her money on drugs and casinos. Plus, she ran up a massive daily bill on crack cocaine. Fans found her rather unedifying behavior unsavory and disgusting. So naturally, when they saw her stuffing her food down, and Geno’s massive weight increase, they thought of Dr. Now.

In the new season of Mama June, WEtv fans heard Shannon blame the coronavirus for their weight gain. But clearly, she really suffers from the munchies and it looks like a food addiction. OK Magazine reminds fans that June already went for gastric sleeve surgery in Not to Hot. It cost $31,000 and Dr. Samuel Kashani operated. Plus, expensive “lipoma” procedures with “Dr. Michael K Obeng” got rid of excess fat in her face and neck. Now looking Not, rather than Hot, June still tries losing weight. But it looks like a long road ahead for her. And possibly, a long road for her boyfriend, Geno as well.

On Twitter, critics of Mama June talked about My-600LB Life. Meaww noted that one of them talked about needing Dr. Now. And a lot of other people agreed that they really need some intervention. No, shade to Dr. Samuel Kashani, but probably he can’t claim that she’s his biggest success story now. Fans who follow Dr. Now and his morbidly obese patients on TLC know that he cuts to the truth quickly, and accepts no excuses like “COVID made me do it.”

What do you think about a Mama June crossover with My 600-LB Life? Do you think that sounds interesting? Sound off in the comments below.