Bringing Up Bates star Lawson Bates is currently on vacation. He documented his most recent trip on his Instagram stories. It looks like he’s spending some time with a couple of adorable monkeys. Take a look at his snaps and find out where he is.

On Lawson’s Instagram page, he has shared lots of photos from his travels. Recently, he went to San Diego with his girlfriend, Tiffany Espensen. He also gave his mom a scare as he climbed on a high cliff. He’s definitely got an adventurous side, so it’s no surprise that he’s been to so many places.

On his Instagram stories, Lawson shared a few clips of himself interacting with a couple of monkeys. He talks to the monkeys and shows them off to his social media followers. He keeps reminding the monkeys not to jump on him and knows they’re thinking about it.

You can see Lawson and the monkeys in these photos.

In his stories, the Bringing Up Bates star doesn’t mention what kind of monkeys they are, but it’s safe to say that Lawson’s fans think they’re adorable.

Where is he currently visiting?

On his Instagram stories a couple of days ago, Lawson shared a couple of photos while he was on a plane. In one snap, he’s flying over Cairo, Egypt. The view is beautiful.

In a second shot, shortly after the first one was taken, he’s flying above South Sudan. Again, there’s a gorgeous view of the sky behind the plane’s wing.

In his posts, he doesn’t specifically state where he’s visiting. It’s possible he’s in South Sudan, or maybe he went further than that. Hopefully, Lawson will share a clear answer soon. 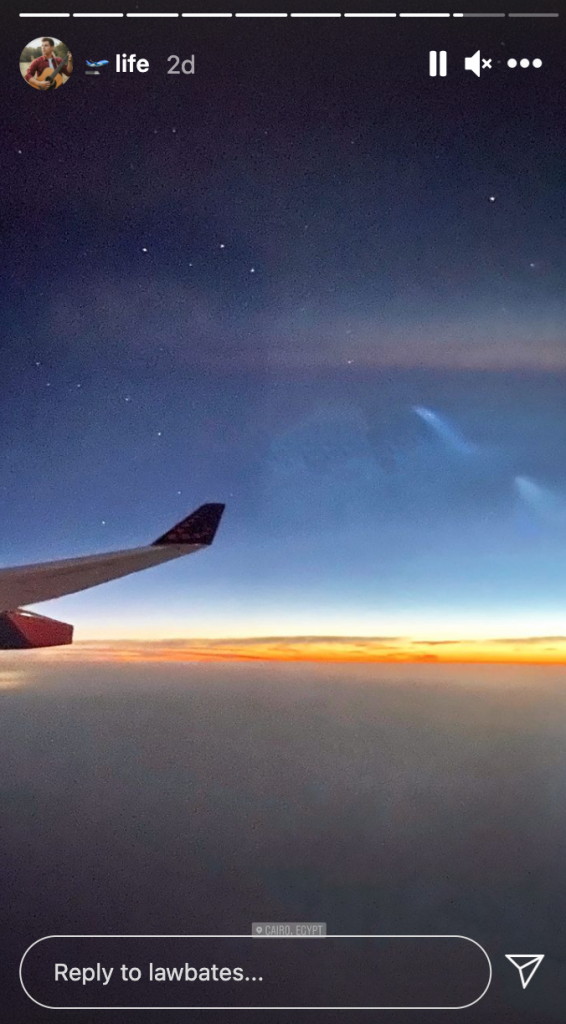 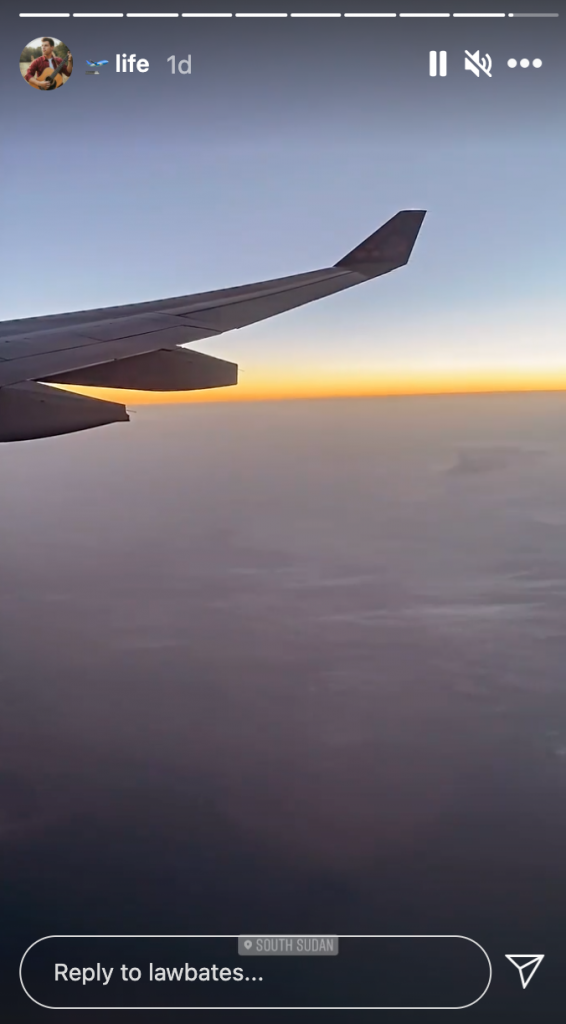 For some reason, Lawson hasn’t shared anything on his main Instagram feed yet. With Instagram stories, he can receive private replies but fans can’t publicly comment. On his main feed, fans can leave comments for others to read. It’s possible he’s anticipating backlash due to him traveling amid the pandemic. Or maybe he hasn’t taken a good photo for his main feed yet.

Fans can expect more shots from Lawson Bates’ current trip. It looks like he’s enjoying himself on this trip so far.

So, what do you think of the new photos from Lawson’s trip? Do you think he went to South Sudan or somewhere else? Let us know in the comments below.

For the latest Bates family news, check back with TV Shows Ace.

Savannah Chrisley’s Sassy by Savannah FINALLY Has A Release Date!
Does The ‘Bringing Up Bates’ Family REALLY Care About Covid?
‘When Calls The Heart’ Fans Wonder Why Lucas, Baby Jack Rarely Meet
Why Emmy Rossum (Fiona) Wasn’t In The ‘Shameless’ Series Finale Revealed
Victoria Fuller Of ‘The Bachelor’ Says She’s Saving Herself