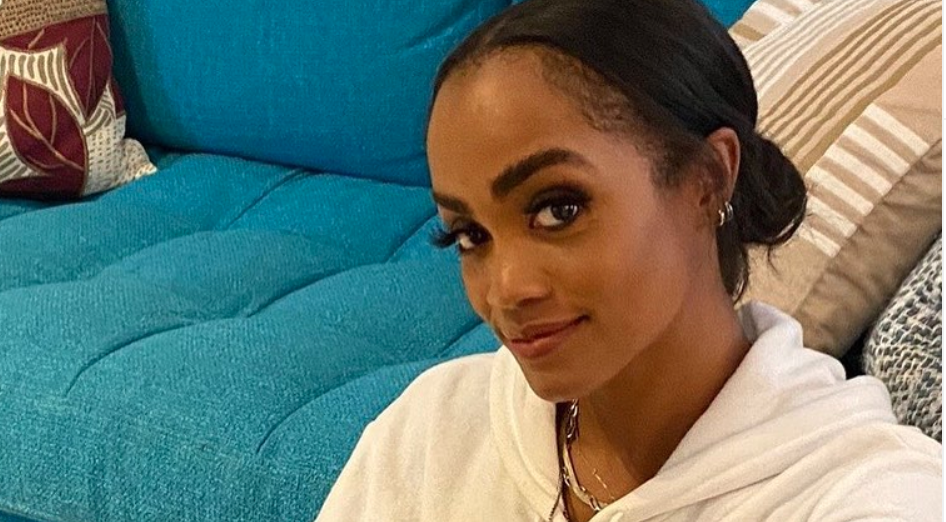 Chris Harrison’s future with the Bachelor franchise has been on the line as of late. The well-loved host faced backlash after defending Rachael Kirkconnell’s racist actions. In an interview with Rachel Lindsay, Chris talked about the actions and didn’t condemn them. Instead, he asked listeners to offer “grace” to Rachael over her past. He also spoke poorly of the “woke police.” Naturally, this drama has torn apart Bachelor Nation. Some fans are siding with Chris and threatening to stop watching the show if he doesn’t return. Others think the franchise needs a revamp. In response to all of the drama, Chris temporarily stepped away.

Because Rachel was interviewing Chris, fans naturally want to know what she has to say about the whole thing. She’s also been outspoken about the lack of diversity in the franchise. So, she opened up about the topic on her podcast, Higher Learning.

Does Rachel Lindsay have anything to say about Chris Harrison?

On her podcast, Rachel explains, “I’m not going to give any opinion on what I think should happen with the franchise, what I think his role should be moving forward. I think something is getting lost here. And that is, I’m not on the show anymore.”

She says that others in the franchise need to speak up instead:

“I’ve been on Bachelor, Bachelorette, I found my husband, I moved on. I think we need to be hearing from the people who are currently in the franchise and for the future people who are coming on the show. What Chris did has a trickle down effect for all people of color who were affiliated with the franchise and who will be in the future, assuming it continues…We need to be asking them how theyfeel. What theythink about this. What their feelings are about how the franchise should be moving forward. And nobody is. Everybody wants to ask me. Everybody’s making this Chris versus Rachel, instead of looking at what he said and the impact that it is having on people of color in this franchise and beyond. People who watch that interview and were offended by it.”

She determines that the focus needs to be on those who have been affected by Chris’s actions, saying, “What he said was problematic, which we’ve all recognized, so how do the people feel who were impacted by that? I think that’s the question we need to be asking.”

So, do you agree with Rachel Lindsay’s opinion on speaking out about Chris Harrison’s actions? Let us know in the comments below.
For more on the Bachelor Nation drama, check back with TV Shows Ace.

Garrick Merrifield Slammed For Telling Dannielle To Take Care Of Business
‘The Blended Bunch’: Will A Second Season Come From TLC?
Mystery Man In Amy Halterman’s Bikini Pics Baffles Fans: Who Is He?
‘General Hospital’ Spoilers Week Of April 19: Chaos & Carly Collide
‘The Bold And The Beautiful’ Jacqueline Wood Sizzles In Bikini After Birth