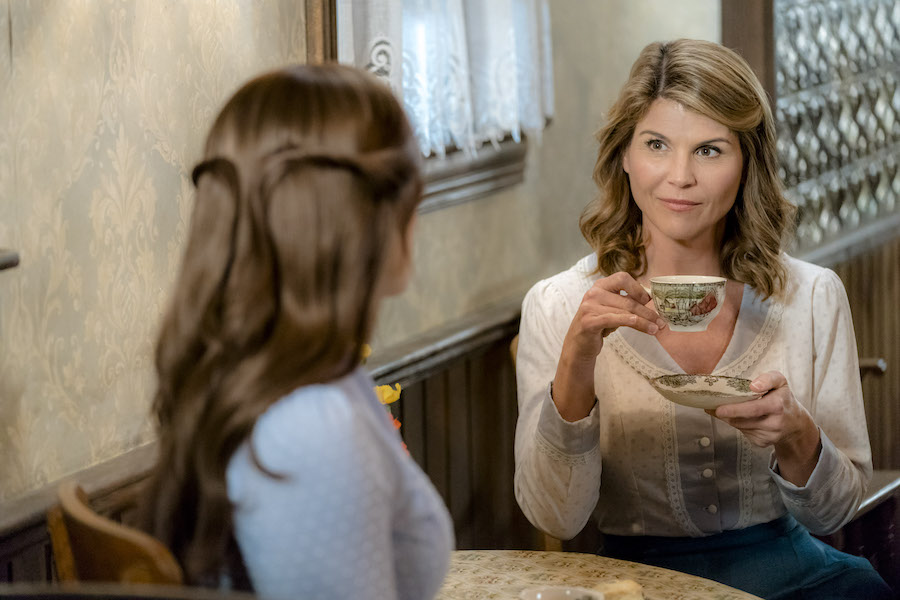 For nearly two years, Hearties have been holding out hope that Lori Loughlin will return to When Calls The Heart. She lost her job during the March 2019 College Admissions scandal. When the scandal broke, the Hallmark actress was one of the biggest names.

This was in the midst of WCTH Season 6. The network stopped airing new episodes, and then proceeded to remove Abigail Stanton, Lori’s character, from every episode. This meant that the final result was nine episodes, not the usual 10. They had Abigail go out East to take care of her sick mother.

But, now that Lori has done the time, could the Fuller House star return to Hope Valley?

On Sunday, When Calls The Heart Season 8 premiered. Hearties were thrilled with the new season, especially because they know that sometime during the season, the love triangle of Elizabeth (Erin Krakow), Lucas (Chris McNally) and Nathan (Kevin McGarry) will finally end.

Although fans enjoyed the episode, many have commented how much they miss Abigail Stanton, and the actress who portrays her, Lori Loughlin. Many want her to return to the top Hallmark series.

On Monday, Erin Krakow spoke to ET Canada about the upcoming season of When Calls The Heart. She was asked whether she would want Lori Loughlin and her character Abigail Stanton to return.

Krakow, who plays Elizabeth Thatcher Thornton, was exuberant when she stated, “It would make me so happy!” She said that she would bring her dear friend “back with open arms.”

Of course, Erin Krakow is one of the show’s producers. Perhaps she can influence the powers to bring Lori back?

Erin is not the only one. According to WCTH creator, Brian Bird, he wants to see Lori return as well. Brian Bird conceded that “we all make mistakes.” Subsequently, he stated it was now time for “mercy.” Moreover, Bird may have hinted about an open door when he discussed the future.

Unfortunately, Carter Ryan Evancic also lost his job. This happened when Lori Loughlin was asked to leave Hallmark. The young actor played Cody, Abigail’s nephew. According to Parade, he has not been in any Hallmark movies, or anything else, since then.

Should Lori Loughlin return to When Calls The Heart, Carter could potentially get his job back as well.

Hearties, do you want to see Lori Loughlin return to When Calls The Heart?

WCTH Season 8 airs on Sunday nights at 9 p.m. Eastern, on the Hallmark Channel.