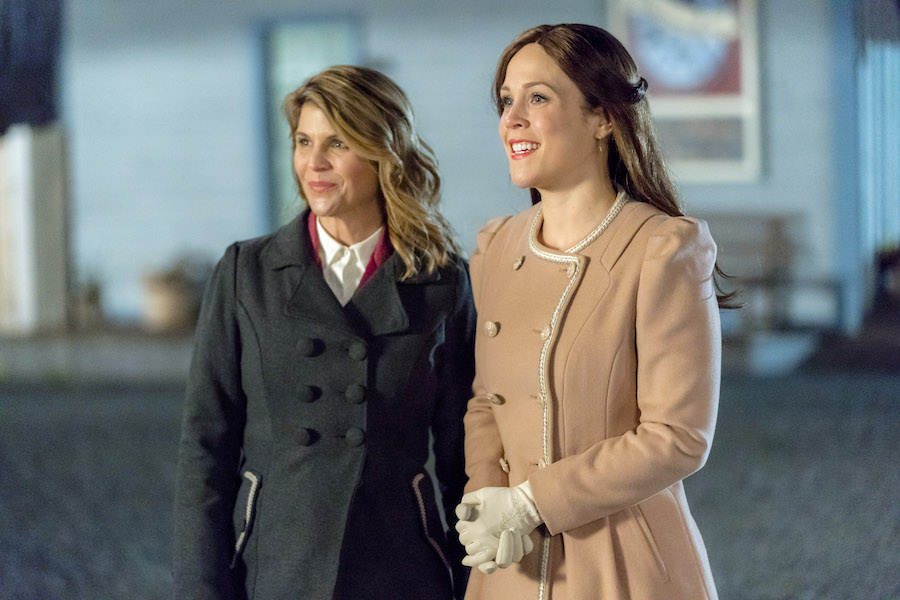 What about the cast? Are they still pals with the two departed cast members. One fan put that question out on social media and Elizabeth Thatcher Thornton, herself, Erin Krakow had a definitive answer.

Recently, a When Calls The Heart fan created a TikTok with photos of Erin Krakow, Lori Loughlin, and Daniel Lissing. The caption reads, “A trio we will probably never see again.”

Erin had a response. On Twitter, she wrote, “False. We still ❤️ each other.”

Fans also wanted Erin to tell Lori how much they missed her. “Would love to see Lori Loughlin back on Hallmark!! Erin, please tell Lori, always prayed for her! I sent her a letter through her first lawyer. Don’t know if she ever got it!! You are a true friend that’s why I love you both!! My husband and I adore you both!! ❤️ xoxo”

False. We still ❤️ each other. https://t.co/OwqqcTSkRR

Why Daniel Lissing Leave When Calls The Heart?

When Jack Thornton died at the end of Season 5, fans were devastated. The actor that portrayed the beloved mountie, Daniel Lissing, left the Hallmark series because he wanted to do more with his career. He was ready to challenge himself with some new opportunities.

But, he has made it clear, if the folks at When Calls The Heart wanted him to show up for any reason, he was willing to do a cameo. Some fans are hoping that this could possibly happen in Season 8 when Elizabeth finally decides on who she wants to spend her life with and finally end that love triangle!

Moreover, because Lissing had left the popular series, he was able to meet his soul mate Nadia. The couple married in 2021, in a small wedding, as they could not have the big Bali bash they planned, due to Covid-19.

One of the biggest questions is whether Lori Loughlin could return to When Calls The Heart. Already, fans are asking Erin Krakow about the return of Abigail Stanton. On the plus side, the writers of the series did not kill her off. Instead, Abigail went out East to care for a sickly relative. This leaves the door open.

Most importantly, Brian Bird, EP and co-creator, of the Hallmark series has already spoken about redemption. Could this mean a return in Season 9, assuming the series gets renewed again?

Hearties will never give up hope.