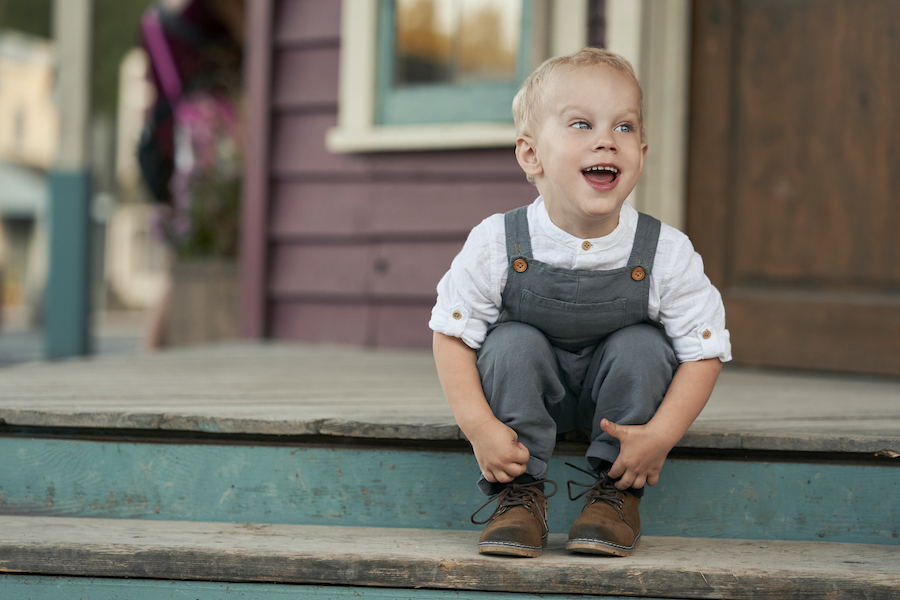 In the recent emotional When Calls The Heart Season 8, episode entitled “Honestly, Elizabeth,” Hearties went on a roller coaster ride. Besides Nathan’s shocking confession, there was another moment that Hearties will soon not forget!

Baby Jack Meets His Father In When Calls The Heart

When Calls The Heart Season 8 promises that Elizabeth will move on and end the love triangle. She is about to choose her man! However, it looks like there will be an emotional tug on the way there.

Towards the end of the recent episode, “Honestly, Elizabeth,” something very tender and endearing happens. In fact, it is heartbreaking. Baby Jack is standing over a small table. There, is a photo of his father, Jack Thornton.

From the other side of the room, Elizabeth sees him. She walks over to Jack, bends down and tenderly asks, “Who’s that Jack? Is that  your daddy?” Baby Jack says, “Yea,” with mom Elizabeth repeating the word.

Elizabeth picks up the photo, an upper-body shot of Jack, in full Mountie gear. She wistfully says, “A very handsome daddy. He was so brave, and funny, and smart.” Elizabeth affirms to her young son that he will be the same, and then amends her words. “Just like you are.”

When Calls The Heart fans absolutely loved this scene. One fan on Twitter wrote, “The whole episode was wonderful but definitely the scene with Little Jack looking at the picture of his dad and the ending scene where Nathan finally puts his heart out there to Elizabeth. @kevin_mcGarry @SCHeartHome @thebubblysesh #TeamNathan #TeamHopeValley #Hearties”

Could When Calls The Heart Season 8 Include Daniel Lissing As Ghost Jack?

Hearties already know that sometime in When Calls The Heart Season 8 Elizabeth will finally choose between Nathan and Lucas. But, she first has to be able to move on from losing Jack.

A lot of fans and even the Deck The Hallmark podcasters have mentioned how nice it would be to have “Ghost Jack” come back to see Elizabeth.

Could Hallmark even consider bringing Jack Thornton for a When Calls The Heart cameo? According to Entertainment Tonight, Daniel Lissing would be game. Just a year ago, he was asked if he would consider coming back for a cameo. The Aussie-born actor was very open to this idea. Moreover, he would be happy to be involved with anything at Hallmark. He would love to work with Erin Krakow again.

According to the cast, Daniel Lissing would be welcomed back to Hope Valley. In the group interview last year, they were asked who their dream guest star would be. Erin spoke up and the rest of the cast wholeheartedly agreed. They want Dan back.

Hearties, would you like to see a “Ghost Jack” or “Dream Jack”? Sound off in the comments below!