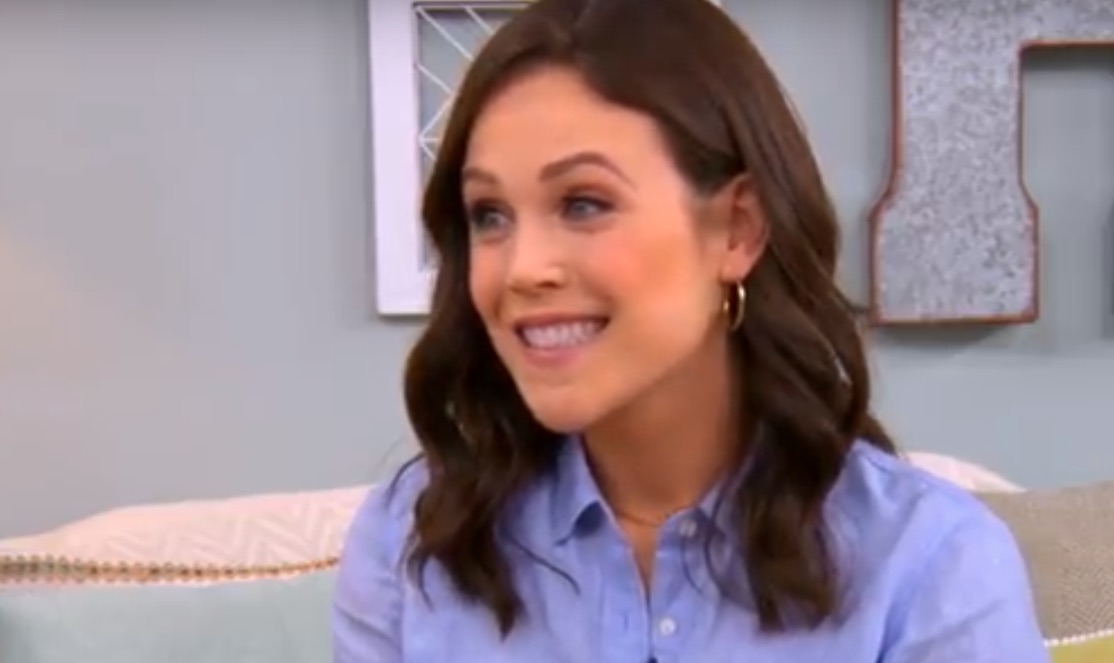 On Saturday, the When Calls The Heart cast was asked who Elizabeth Thatcher Thornton should choose: Nathan or Lucas? The cast has been reunited again, as WCTH has just begun filming Season 7. Do they give any hints on Elizabeth’s love triangle with Nathan and Lucas?

Entertainment Tonight went up to Vancouver, where the WCTH cast was busy filming Season 7. In Season 6, #hearties met new Mountie, Nathan Grant. Played by Kevin McGarry, he wears the red surge, replacing Jack Thornton, portrayed by fan favorite, Daniel Lissing. The other new character is saloon owner Lucas Bouchard , portrayed by Chris McNally.  Both men are mysterious. Both men are a possible love connection for the recently widowed Elizabeth Thatcher Thornton. By the end of Season 6, it looked like a love triangle was inevitable. Season 7 promises to be the most romantic ever.

So, ET wondered, who does the cast think Elizabeth should choose? You would think that Nathan and Lucas are still pretty new to Hope Valley, but already, Lucas has eight cast mates rooting for him, while Nathan has six.

When Calls The Heart Love Triangle

The When Calls the Heart cast definitely have some opinions on who Elizabeth should choose. Eva Bourne (Clara Stanton) is Team Lucas all the way. She believes that Elizabeth and Lucas have  bonded over “writing and storytelling.” This is a sort of connection that she does not share with Nathan.

Kevan Smith (Lee Coulter) believes it is inevitable that she chooses Nathan, because at the core of WCTH is a love story between Elizabeth and a Mountie. Smith also thinks that the tension between the two makes for an interesting relationship.

What about Kevin McGarry and Chris McNally, who play Nathan and Lucas respectively? Both think their character is the better man, but can see how she could choose the other. McNally revealed that “Kevin and I have this fun game going on where the whole cast received shirts that were either Team Nathan or Team Lucas… I requested a Team Nathan shirt and he requested a Team Lucas shirt, so we support each other when we wear the shirts.” But, Chris still thinks Lucas will win Elizabeth’s heart.

Erin Krakow, Elizabeth Thatcher Thornton herself, must know who is best for her newly widowed character. While stating the obvious that “both men are handsome,” she shares that both are a “risky choice.” She contends that as Nathan is a parent, they are at the same place in life. She also likes that him because “he really listens.” But, he is a Mountie and that is “a double edged sword.”

As for Lucas, she likes that the saloon owner brings in a new vibe. His bad boy energy is something that challenges Elizabeth. And he did make her a library. He surely made a way into the heart of all bookworms then! Nonetheless, Erin did not hint at who will win Elizabeth’s heart. It will be fun to see how the writers put Elizabeth in various situations with each man, as she learns more about their character, while she opens her own heart.

Hearties, are you Team Nathan or Team Lucas? Are you ready to wear the official shirt? Share who you think Elizabeth should pick in the comments below. Be sure to check back with TV Shows Ace for the latest on WCTH. When Calls The Heart will be back for a Christmas special and WCTH Season 7 will return in early 2020 on Hallmark.