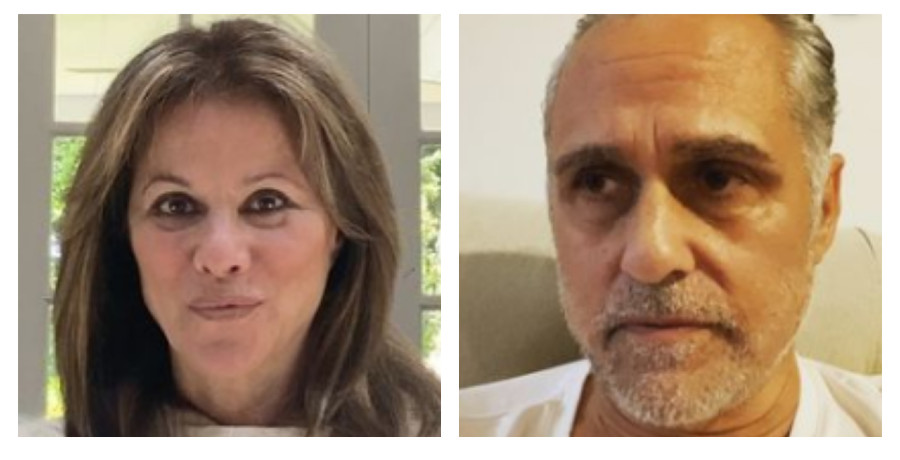 Several General Hospital stars were involved in some off-screen drama over the weekend. Maurice Benard and Ingo Rademacher had a little fun at Nancy Lee Grahn’s expense. Maurice Benard apologized to Grahn before the skirmish got too far out of hand. However, several fans found the apology lacking.

Sonny (Maurice Benard,) Brenda (Vanessa Marcil,) and Jax (Ingo Rademacher) were one of the hottest love triangles of the ‘90s. General Hospital fans fiercely debated if Sonny or Jax was the right man for Brenda. Despite their on-screen rivalry, Maurice Benard and Ingo Rademacher are close friends.

They even live-streamed a virtual chat session for their fans. One seemingly innocent moment in the video blew up among GH fans on social media.

In the short clip, Rademacher says he’s “about to go work with my friend” while aiming the camera at a nearby television set. Benard asked for a closer look, “let me see who it is.” Once he realized which of his co-stars Rademacher was referring to, he said, “Oh, I’m sorry, man.”

In fact, both men were laughing uproariously over the “joke.” The co-star on the television was Nancy Lee Grahn, who plays Alexis on General Hospital.

Here’s the big question…they behave like this for all to see on video? Man, I wonder what happens when the cameras aren’t rolling. TRASH. https://t.co/3AjvWkBy8s

Many fans of the actress were outraged by her co-stars making fun of her. Others didn’t understand why anyone was upset over a harmless joke.

Was it a harmless joke?

Jax and Alexis were once married on the ABC sudser. They even have a section of fans who ‘ship’ them as a couple. However, it seems the off-screen relationship between Rademacher and Grahn has deteriorated significantly. That’s why some fans were so upset over Benard laughing along with Rademacher’s joke. As their co-worker, he likely knows the history behind their social media feud.

Nancy Lee Grahn has been extraordinarily outspoken about her political beliefs, as well supporting several causes for social justice. During the coronavirus pandemic, things got heated between Grahn and Rademacher on Twitter.

Showbiz Cheat Sheet reports that things got so bad between the two that Grahn BLOCKED Rademacher on Twitter. She disagreed with Rademacher referring to the coronavirus as the “Chinese virus.”

When the video originally came to Grahn’s attention, she vowed to address it through the “proper channels.” Many fans showed their support for her, saying that both Rademacher and Benard should apologize.

Maurice Benard saw that some of his fans were upset by the video. He quickly issued an apology. He wrote that he “reached out” to Grahn to address the situation. As for his fans, he gave an apology to anyone offended. He reiterates that he was teasing in a “playful way.”

I want to say I got a hold of Nancy. She gave me her feelings I gave her mine. I respect Nancy a great deal and I apologize if I offended anyone. I tease like this with all my friends, just ask Chad,Steve,Dom,and Laura.
Always in a playful way

What do you think about the video clip? Were the two out of line for laughing at their co-star? Let us know your thoughts in the comments down below.