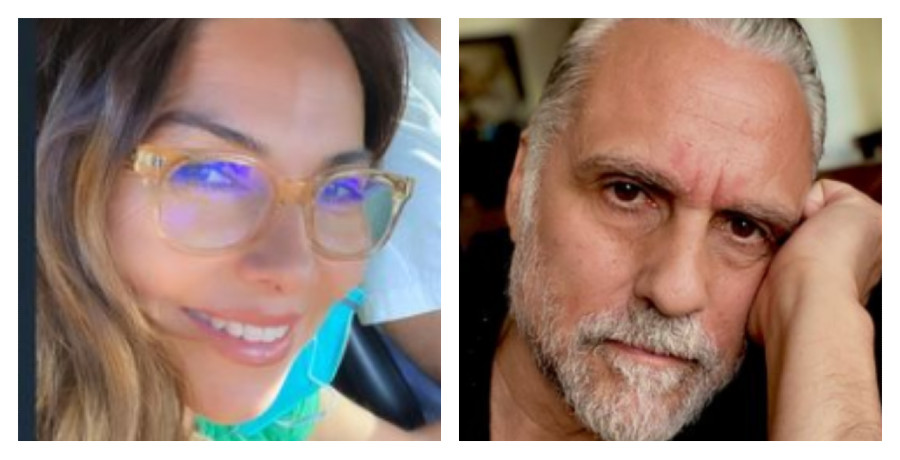 Relivin’ a great ride? General Hospital icon Maurice Benard gave his fans the ultimate tease on February 10. He dropped a huge hint about the next guest on his YouTube vlog. If you were a GH fan in the 90s, be still your S&B loving heart!

General Hospital star Maurice Benard is extraordinarily open about his mental health issues. His own struggle with bipolar disorder was written into his on-screen storyline. Benard has played Sonny Corinthos since 1993.

In an effort to raise awareness about mental health, Maurice Benard hosts a weekly show on his YouTube channel. On State of Mind, he chats with his guests about their life experiences. Several of his General Hospital co-stars have made appearances.

Dominic Zamprogna, who plays Sonny’s son Dante Falconeri, was a recent guest on the vlog. Soap Hub reports that Zamprogna discussed his anxiety attacks, among other things.

On February 10th, Benard gave his Twitter followers a chance to guess who his next guest will be. His clue was a photo from his time on GH. In the close-up photo, water pours down Sonny’s face as he looks on in complete shock.

Can you guess who will be the next guest on State of Mind before he reveals it?

During Maurice Benard’s tenure, the mobster has had a multitude of leading ladies. However, the two great loves of Sonny’s life are Carly (Laura Wright, et al.) and Brenda (the one and only Vanessa Marcil.) Back in the 1990s, the Sonny/Brenda/Jax love triangle spawned the creation of entire internet message boards to debate the topic.

Brenda & Sonny had several emotional break-ups, usually in the rain. As Brenda once said, “He always leaves me standing in the rain.” So, rain is a huge clue to the identity of the guest. Many fans knew the specific scene from the still Benard shared. One fan with a keen memory wrote, “This is when Sonny saw his true love was alive as Amazing Grace played.”

Maurice Benard himself seemed to confirm that Vanessa Marcil is his next guest by retweeting a clip of the scene.

That's awesome!! I love @VanessaMarcilM, can't wait!! Aww, Maurice I remember you saying this is one of your fave Sonny & Brenda scenes! #SnBAlways ❤️❤️❤️ #MoNessa 😍😍😍 pic.twitter.com/4fTbyhn3dP

While Vanessa Marcil has remained mum on social media about the possible reunion, she did weigh in on his new silver fox look. Last month, she reposted a video that Maurice Benard shared.

Alongside the video, she wrote, “This man @mauricebenard is one of the greatest loves of my life….But, why wasn’t he this hot when we were kids together? 🤷🏻‍♀️”

Last summer Marcil teased fans that she might be heading back to General Hospital. However, nothing new has come out about the possibility.

In the meantime, fans can watch Vanessa Marcil and Maurice Benard reunite on his YouTube channel. New episodes of State of Mind drop on Sundays.