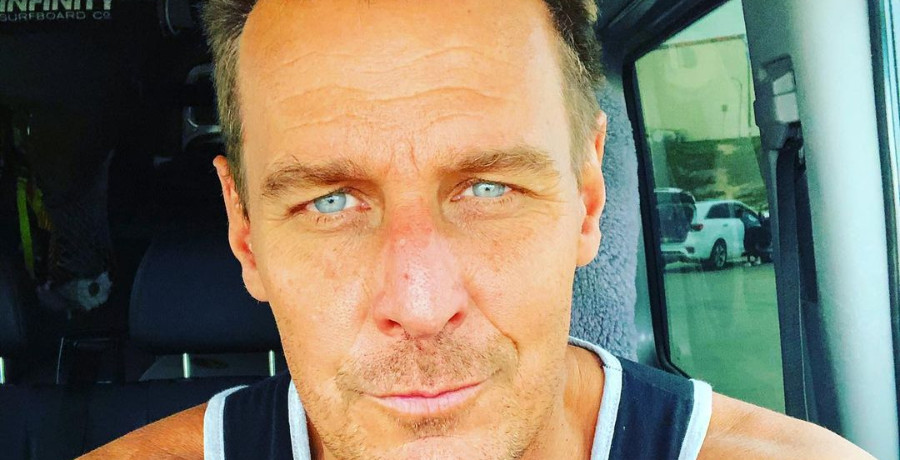 Time flies when you’re having fun! General Hospital star Ingo Rademacher recently celebrated the 25th anniversary of his debut as Jasper “Jax” Jacks. Do you remember how Jax came on the scene in Port Charles?

In 1996, General Hospital added a new heartthrob to shake things up in P.C. Australian actor Ingo Rademacher won the role on the ABC soap almost as soon as he stepped foot in the U.S. from Australia. He won over many fans with his portrayal of the kind, but ruthless, businessman.

In fact, the corporate raider was brought to town by Lois Cerullo (then-Rena Sofer) to help her get her company back, Soap Hub reminds us. Jax quickly fell for Lois’ best friend, Brenda Barrett (Vanessa Marcil.)

Ingo Rademacher has come and gone from the GH canvas numerous times in the last 25 years. He returned to the show in 2019 and is still with the soap in 2021. He took to his Instagram earlier this week to share a tribute to his January 1996 GH debut.

The Aussie native was also a contestant on the U.S. version of Dancing With the Stars. He ended up in fifth place during Season 16.

Jax’s love affair with Brenda spawned an all-consuming rivalry with her other great love, Sonny Corinthos (Maurice Benard.) After years of back-and-forth between Sonny and Jax, Brenda fled to Europe, leaving both of them behind.

Sonny & Jax also both found love with Carly (Laura Wright, et al.) However, Sonny came out the victor in that love triangle, though he is presumed dead at the moment. Ingo Rademacher’s on-screen character is now involved with Nina (Cynthia Watros.)

Before starring on General Hospital, Ingo Rademacher had a role on the Australian TV show Paradise Beach. Before he got his big break in acting, he was a model Down Under.

He recently shared a throwback picture from his modeling days. Blond hair, blue eyes and a babyface Ingo Rademacher:

Hopefully GH fans will get 25 more years of Ingo Rademacher as Jasper Jax. Are you a Jax fan? Leave Ingo your well-wishes in the comments down below.

You can tune in to General Hospital weekdays on ABC.