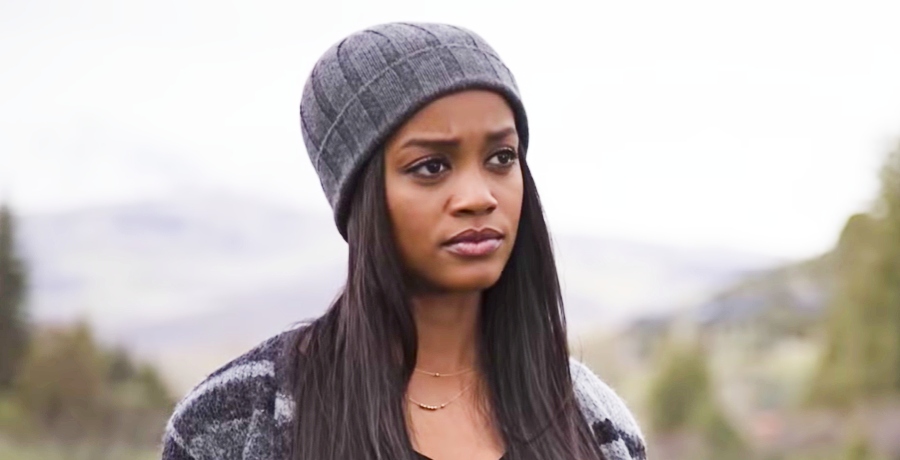 Rachel Lindsay stood up for herself because she felt like Chris Harrison wasn’t listening to her. This interview became the beginning of a firestorm of controversy surrounded The Bachelor franchise and its host. Now amid everything going on, she has deleted her Instagram account. Several in Bachelor nation have reached out and publicly shared their support. Nick Viall and the entire male cast of Clare Crawley and Tayshia Adams season are just a few.

Byran Abasolo, her husband, posted on his Instagram on her behalf. After Rachel left he said, “just wanted to acknowledge and thank everyone who has reached out to me to express love and support for Rachel.” One of the last things Lindsay posted herself was a picture of her enjoying a bath with wine and a candle. She captioned it, “hit a breaking point today. Very thankful for my family, friends, and coworkers.”

Rachel Lindsay Had To Step Away

Rachel Lindsay leaving Instagram has brought more of Bachelor nation out to show their support. Nick Viall said it had come to his attention his friend deleted it because she had received hateful messages. He said it is sad he has to say it because people should know, but Chris did it to himself. Nick said it wasn’t related to anything Rachel did. He said, “if you want to support Chris, you should be able to do that without showing hate to anyone else.

Rachel seemed to point the blame at the media an additional post to her Instagram because she said they used headlines that grab attention whether they are true or not. She said they, “manipulate the truth for clickbait, likes, and comments to increase their social media engagement. Lindsay went on to say they are creating a place for racists to run free. This is, “at the cost of people of color and they don’t care.”

Will She Come Back To Social Media?

Rachel Lindsay taking a much-needed break from social media is something lots of reality and TV stars have done before. It’s unclear if she will return to Instagram after the hate dies down. One fan on Twitter said, “so y’all bullied Rachel Lindsay off the internet because of the actions of Chris Harrison? Yeah, some of y’all bachelor nation fans are whack.”

According to Us Weekly, Rachel’s co-host for her podcast, Van Lathan also reacted to her deleted Instagram. He said, “Chris Harrison, are you okay with Rachel getting to the point she can’t even exist on IG.” He wanted to know if Bachelor nation would stand up and said people needed to relax. Becca Kufrin responded to people asking why she wasn’t standing up for her. She said they are friends and people don’t see their daily interactions. She posted, “just know I have her back and support her through whatever time or break she needs right now.”  What do you think of all The Bachelor controversy? Comment with your thoughts down below.