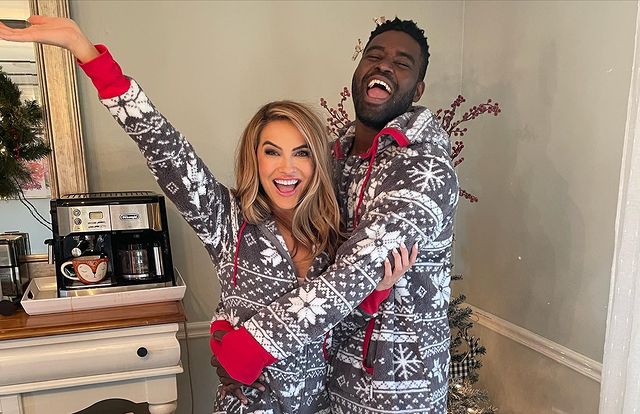 Some celebrity breakups end amicably, and others end in flaming disaster. Apparently, Keo Motsepe and Chrishell Stause planned to keep things civil after their breakup, but that’s no longer the case. Chrishell lashed out at a PEOPLE article last night on her Instagram story.

This was the part Chrishell took issue with:

“Keo is heartbroken. He enjoyed his time with Chrishell and was 100 percent in it,” someone close to Keo told PEOPLE. “He’s had a tough time with his mom’s passing, but he really wanted to make his relationship with Chrishell last.”

Chrishell Stause tells her side of the story on Instagram

She posted screenshots of the passage on her Instagram story with captions to tell her side.

“Welp! How it started,” she addressed the first screenshot.

She quickly followed it up with “How it’s going” and quickly tried to regain control of the narrative.

“Ok I TRULY wanted to keep this drama free, but playing the victim and bringing your mom into it is a step too far for me. Taking the high road is overrated sometimes!! I was also 100% in it as well, until revelations told to me recently have made me question if you could even order a coffee without lying.”

Well ouch, that was pretty scathing! The next post was a post of Beyonce and Shakira’s “Beautiful Liar.” In the following posts, Chrishell addressed comments from fans. Many reportedly called Chrishell out in her DMs. They felt like she was exhibiting very childish behavior. However, she didn’t see it that way.

Based on the context, it really just seems like Chrishell Stause is tired of taking the high road in every breakup situation. Her very public divorce from Justin Hartley was all over the media last year and she always said the last thing she wanted was to get her heart broken again.

Is this really the best way to deal with a breakup though?

However, in the last screenshot Chrishell did seem to acknowledge that her behavior wasn’t the best. She admitted that moving forward, she will try to do better.

The breakup came as a big shock to many fans. She brought him home for the Christmas holiday to meet her family. They even had a very romantic Valentine’s Day and really seemed happy. However, things are definitely not always as they appear.

In the past week, Chrishell started posting very cryptic posts in her Instagram story, accusing someone of being a liar. Now, fans know that points to Keo Motsepe.

She even posted an Instagram photo of her and her dog captioned, “It’s you and me, kid.”

Will Chrishell Stause ever find her happy ending? Now that her relationship with Keo is over, she may be open to appearing on The Bachelor again. Stay tuned for more.