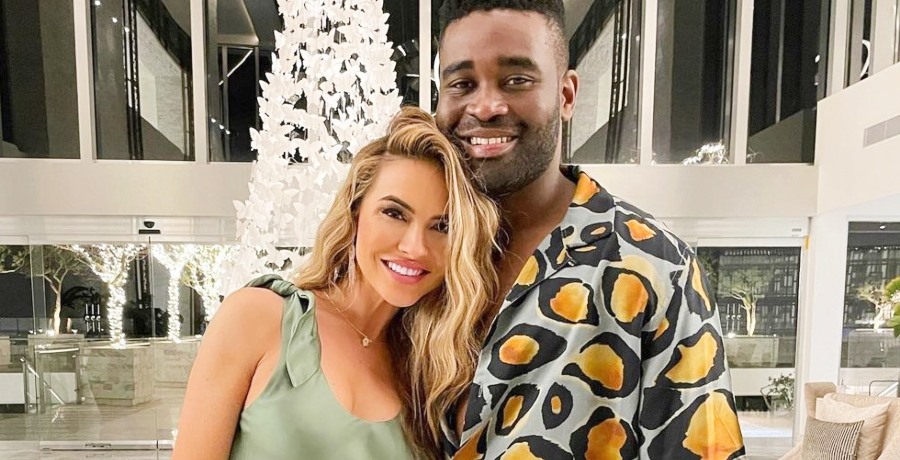 After a dramatic few years, it really seemed like Chrishell Stause finally found love. After her run on Dancing With The Stars, she met and hit it off with pro dancer, Keo Motsepe. But after a brief relationship, it seems the two are no longer romantically involved. Many publications confirmed this.

According to Us Weekly, the breakup was all Chrishell’s idea.

“She broke up with him earlier this week,” the source says. “There were multiple things that led to the breakup. Keo’s super upset over this and still trying to process it.”

Before she confirmed her relationship with the dancer, fans suspected she and Dancing With The Stars pro Gleb Savchenko were romantically connected. He announced his pending divorce shortly after he and Chrishell finished their run on DWTS, and many believed she played a role in the breakup. However, this wasn’t the case. Chrishell Stause made her relationship with Keo Motsepe public shortly after the accusations.

So why did Chrishell Stause decide to end things?

Neither Keo nor Chrishell have addressed what happened to cause the split, many fans are rather surprised. The pair spent a cozy Valentine’s Day together and seemed to be doing quite well.

We recently reported back in January that the two seemed to be very happy. Keo’s mom passed away in early January and Chrishell was there to comfort him through his time of hardship. A source told Us Weekly that she was incredibly supportive through everything.

“Keo’s hanging in there,” they allegedly told the publication. “He’s getting a lot of support from friends, and of course, Chrishell. They’re pretty much inseparable and spending a lot of time together.”

Chrishell lost her own mother last summer, so the loss and grief really seemed to bring the two together. However, it doesn’t seem like the shared loss was enough to keep them together for the long-term.

Chrishell Stause’s Selling Sunset co-stars expressed concern about her relationship with Keo Mostepe early on in the relationship. Mary Fitzgerald said that Keo seemed like a great guy, but she didn’t want him to hurt her friend. After Chrishell’s very public divorce from Justin Hartley, her friends have really rallied around her.

However, it seems like Chrishell did the heartbreaking this time. Perhaps in time she will speak about the breakup, but for now, she is keeping things on the down-low.

Are you sad to hear about Keo and Chrishell’s breakup? What do you think led to this point in their relationship? Be sure to let us know what you think in the comments.