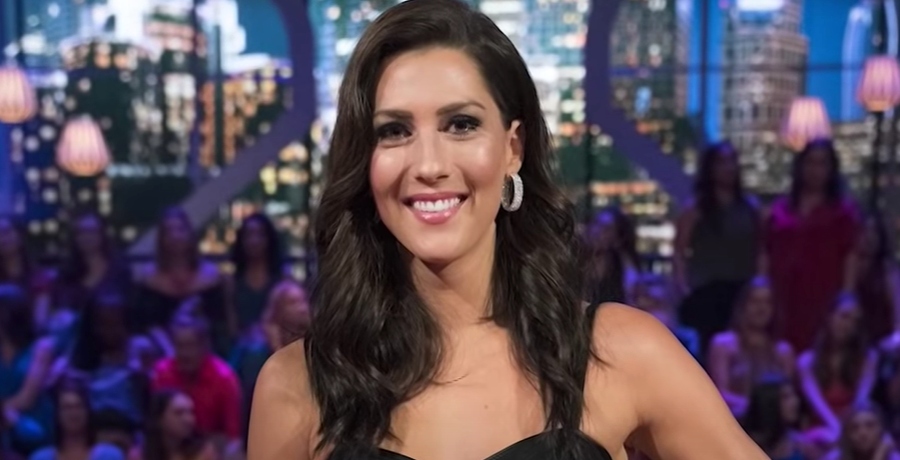 Becca Kufrin and Rachel Lindsay are friends and co-host a podcast together. Since Rachel deleted her Instagram several Bachelor Nation players have come out to show their support. Becca had been fairly quiet about it until today. She posted a picture of the two of them together and said, “I’ve said this privately but I’ll say it publicly as well because it’s an important issue that needs addressing. To Rachel Lindsay: I love you, I stand by you and I support you in whatever way, shape, or form that’s needed.”

The post before that was an advertisement for HBO Max, and fans went hard on it with the comments. Some were nice and some weren’t. One poster said, “I know you have to post ads to get your coin. But a post about Rachel would mean a lot rn.”

What Did Fans Say To Becca Kufrin About Rachel

On Becca Kufrin’s Instagram account, a lot of fans were asking how Rachel was doing. Another said, “posting an ad for HBO Max when your supposed friend and podcast co-host had to delete her social media.” They then posted for her to say something in all CAPS. One poster said, “I think something on Instagram from you would have a strong impact.”

When fans asked Becca why she wasn’t standing up for her, she responded. She said they were friends and people didn’t see their daily interactions with each other. She posted a message for keyboard warriors to get a clue. Becca said the whole thing is, “disheartening and deranged, and the sad reality of the world we live in.” She said, “I’m one of the lucky few who actually know her and her heart, and if people could only see how brightly she shines, you’d think twice.”

Bachelor Nation Responded To Her Support As Well

Several Bachelor people commented on Becca Kufrin’s Instagram post. Mike Johnson, Bryan Abasolo, and Kaitlyn Bristowe all posted emojis. Pieper James said, “exactly.” One fan thanked her for putting it on her main feed and not her story where it would disappear. There also were several devil’s advocates in the comments. They stated Chris Harrison and Racheal Kirkconnell are getting just as much hate and the bullying should stop on both sides.

Deanna Stag said, “so very well said. All of this. I’m here for it. The hatred that is spread is so very disheartening.” A person responded to that, “and firing Chris Harrison isn’t?” Several fans support Chris Harrison and have stated they will no longer watch without him. Something that is very clear from the comments on social media is the franchise will never be the same. What do you think the future looks like for Bachelor nation? Comment with your thoughts down below.