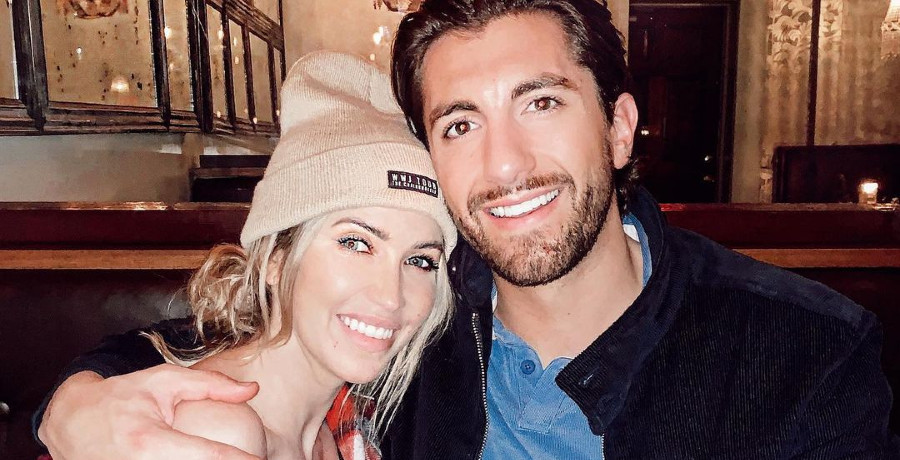 Kaitlyn Bristowe gave her Instagram followers quite the scare this week. She accidentally posted something that made it seem that her relationship with Jason Tartick was over. Is there reason for Bachelor fans to be concerned?

Kaitlyn Bristowe is one of the most active Bachelor Nation alum on social media. Her Instagram is full of cute selfies and adorable pictures of her dogs, Ramen and Pinot. It was a photo of the dogs that really got tongues wagging in the comment section. Earlier this week, what Kaitlyn thought was an innocent photo about her dogs + a Mean Girls joke blew up.

In the photo, Kaitlyn poses with Ramen and Pinot. Behind her is a wall with candy hearts. One clearly visible candy heart says “Single AF.” She captioned the photo with a Mean Girls joke: “That’s so fetch.”

Fans immediately flooded the comments with concern about her relationship with Jason Tartick.

While Jason Tartick and Kaitlyn Bristowe are both Bachelor Nation alumni, they didn’t meet on the show. Kaitlyn Bristowe was looking for love on Season 11 of The Bachelorette. She was briefly engaged to her final rose pick, Shawn Booth.

Jason Tartick was vying for Becca Kufrin’s heart during Season 14. He was one of Becca’s final three picks, but ultimately didn’t get the final rose. He later appeared on Kaitlyn’s Off the Vine podcast. The two hit it off and have been dating since early 2019.

The former Bachelorette competed on Season 29 of Dancing With The Stars. Rumors persisted that if she made it to the Finals, Jason would propose. Not only did she make it to the end, she won the Mirrorball Trophy. But a proposal never came.

After comments from followers pointing out the “Single AF” candy heart, Kaitlyn Bristowe responded. She wrote in a comments, “OMG I DIDNT EVEN REALIZE THE SINGLE AF CUZ IF YOU ZOOM OUT…”

She told her followers to look at her Instagram Stories, but that caused even more confusion! In her IG Stories, one of the candy hearts said “Engaged AF.” Is she engaged or single?

Neither! According to People, the status of Kaitlyn Bristowe and Jason Tartick’s relationship hasn’t changed. They are still together, but not yet engaged.

As for Jason, he found humor in his girlfriend’s gaffe. On her “Single AF” photo, he joked that Kaitlyn was “stirring” things up again.

After all the questions about her relationship status, Kaitlyn Bristowe put the speculation to rest. Her next photo was a clear message. A simple coffee cup with a simple message on it: “Taken AF”

Do you think Kaitlyn was intentionally stirring the drama with her original photo or was it a mistake? Let us know in the comments. Be sure to join our Facebook group to keep up with all the latest Bachelor Nation news.

TLC Renews A Few Shows: Is ‘Counting On’ One Of Them?
Unrecognizable Tiffany Franco Smith Shares Shocking Photo
Why Are ‘Bringing Up Bates’ Fans Freaking Out Over Carlin’s New Pics?
‘Sister Wives’ Fan Make Shocking Claim About Robyn Brown
‘The Bold And The Beautiful’ Jacqueline Wood Sizzles In Bikini After Birth