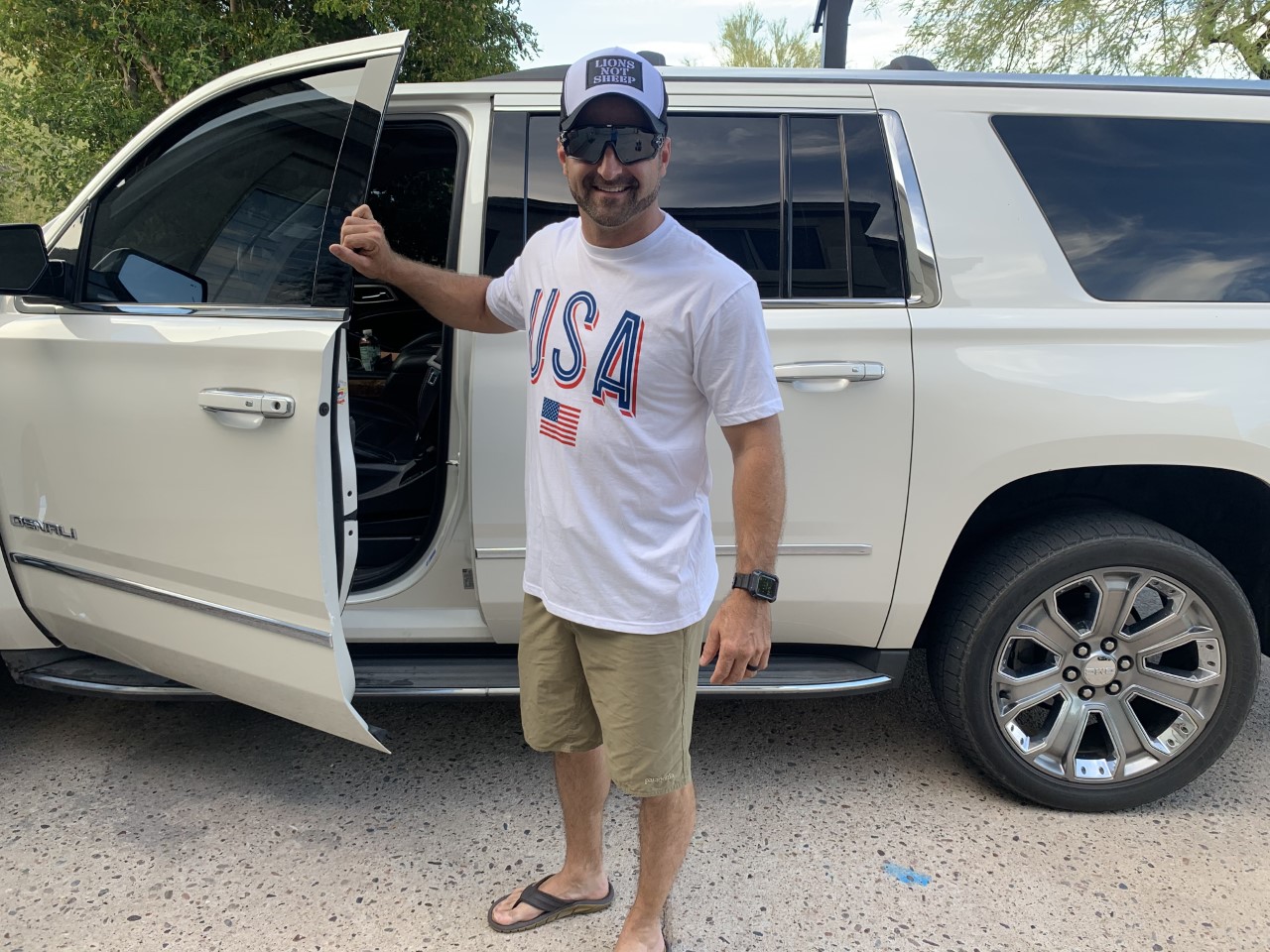 Fans of The Bachelor have been watching as the Chris Harrison drama unfolds. Jesse Csincsak, who won The Bachelorette in the past, spoke with TV Shows Ace exclusively on Thursday. Check out what he had to say about how Mike Fleiss is really the problem with this franchise and not Chris Harrison.

Jesse Csincsak shares his thoughts on Fleiss and Chris Harrison

What did you think when you heard Chris Harrison was being let go?

“My initial thought was wow it’s finally come down to the originals!! I guess nothing lasts forever !!!”

What are your thoughts on Mike Fleiss in this situation?

“Let’s look back for a minute at some facts first shall we !!! Not just my thoughts FACTS

It would be like Pablo Escobar pointing the finger at one of his dealers over racial equality !!! Simply to be like we don’t tolerate that sort of thing around here !!!! Really bro !!!! You just beat up your wife sexually harassed half of your female employees and you wanna lecture Chris on his social media posts now that’s funny !!!

I love it when dirt bags like MIKE FLEISS Try to point the finger at someone else to take the like light off of their own actions !!!”

What do you think of the situation with Chris Harrison?

“Ok as for Chris Harrison

here’s the deal we have a first amendment right !!! that’s a constitutional right for a reason !!!! To say whatever the F we want whenever the F we want to !!! Now hold on a second !!!! That doesn’t mean there aren’t consequences for doing such things !!! It just means Chris legally can say what he wants whenever he wants but it doesn’t mean they can’t fire him for it !!!!

With that being said I know Chris and Mike both personally and I would venture to guess this is what happened… FLEISS came to Chris and said you can’t say those things online we are getting a kickback from ABC from it and Chris broke the rule he always preached at me don’t bite the hand that feeds you and called him out on all his dirty laundry!! like really man your one to talk after all these years !!! that’s probably when FLEISS did to Harrison what he’s done to all the rest of his staff just google Kerri Leigh M bachelor producer who was fired for sleeping with a contestant lol really mike come on man if that’s not the pot calling the kettle black lol just ask Kelly Ripa about how mike FLEISS talks to women online !!!

Hey Mike what we are all curious about is how many millions you have had to spend to keep all these people quiet ??? I bet it would buy a fleet of leer jets !!! Since every single one of them has been silent after tangling with you very interesting don’t you think??”

So who is Mike Fleiss?

Of course, TV Shows Ace had to do that quick Google search that Jesse Csincsak was talking about, and here is what we found out. Fleiss actually created the entire Bachelor franchise. You may not see his face like you do Chris Harrison, but he is very important to the show.

Back in 2019, Mike Fleiss was accused of abuse. At the time, Chris Harrison actually spoke out for him. His wife at the time accused him of being verbally and physically abusive to her. In the emergency restraining order report his now ex-wife Laura said, “While we were at our house in Kauai, Mike demanded that I get an abortion. Our son Ben was in the house, seated in another room nearby. Mike told me, ‘If you have an abortion, then we can just go back to the way we were.'”

He usually is active on Twitter as you can see below.

Less than one hour til the most dramatic episode of #TheBachelor — EVER!!!

At one time, Mike even got into it with Kelly Ripa, which Jesse Csincsak reminded us of on his phone call. Kelly actually called the show “disgusting” and they ended up having a battle on Twitter. Here is what she said at the time.

“You know how I feel about this show? It disgusts me. And I thought that I was disgusted because I couldn’t stand the idea of 25 exceptional women fighting over one ordinary fella, in my opinion. You know how we feel ladies! We are too special to be arguing over a guy.”

Jesse Csincsak then reminded TV Shows Ace that Fleiss responded to her on Twitter. He told her to be careful because the show pays her salary. Hannah Brown even spoke up at the time as she was being cast as The Bachelorette saying, “Like you, I didn’t really follow the show, wasn’t a big fan, but being part of the show, it’s not women fighting against each other. Some of my best friends came from the show and were really supportive.”

Also, an ex-Bachelorette segment producer Becky Steenhoekleft her job on the show due to a sexual harassment lawsuit. She knew that discussions about sex would happen on the show, but not the way that it did. This was clear back in 2017. One thing she said was that “producers Elan Gale, Bennett Graebner, Peter Scalettar, Jacqueline “Naz” Perez and Caitlin Stapleton” were always asking her graphic questions. At the time she did a phone interview with The Times and said, “I know what the show is about — that they push boundaries, have sex in the fantasy suite and there’s discussion about those things. However, I didn’t think that as a crew member that I would be asked those really intimate questions. I’m not a contestant on the show. I didn’t sign a contract basically signing my life over to the producers.”

She was on Chris Soules’ season and also JoJo Fletcher’s season before leaving the show.

The show must go on

The show Unreal was created by an ex-producer of The Bachelor, Sarah Gertrude Shapiro. This show actually brought a black man in as their lead for Season 2, unlike The Bachelor who took a lot longer. It shows a lot of what reality stars really go through. It aired on Lifetime, but can now be found on Hulu.

You can watch new episodes of The Bachelor with Matt James on Monday nights on ABC. As of right now, Chris Harrison is still appearing.