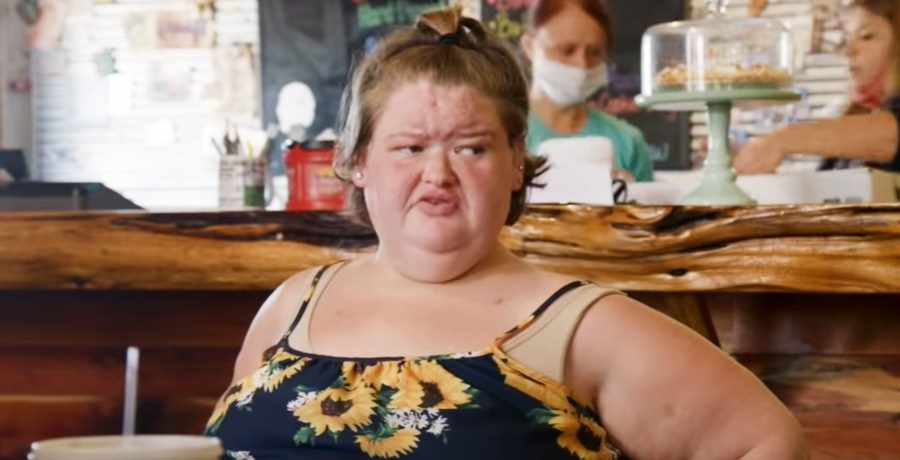 1000-Lb. Sisters fans have been itching to see a picture of Amy Slaton Halterman’s baby boy. We’ve determined her due date was most likely the end of December as she revealed she was seven months pregnant around Halloween. So, we suspect her baby boy is nearly two months old now. Knowing this, fans are going crazy wanting to see a picture of little Gage Deon.

Now, Amy Slaton Halterman has been active on social media. So, fans can’t help but wonder one simple question: where is her baby boy? Is he alright? How did the delivery go? We learned during the preview of next week’s episode that Amy Slaton Halterman would NOT have a smooth birth. Naturally, this has caused fans to grow even more concerned about where her baby boy is and whether he is alright.

Below is a picture of Tammy Slaton taking a selfie with a baby. The picture is circulating on Facebook and Twitter. 1000-Lb. Sisters fans wonder if this picture might be of Amy and Michael’s baby boy. Could this be the first photo fans get to see of little Gage Deon?

Unsurprisingly, fans were pretty thrilled to finally have a chance to see a potential photo of Amy Slaton Halterman’s baby boy. They have wondered where he has been for a while. Many now fear something went wrong after the concerning preview clip for next week’s episode.

Check out the picture of Tammy Slaton and the baby below. 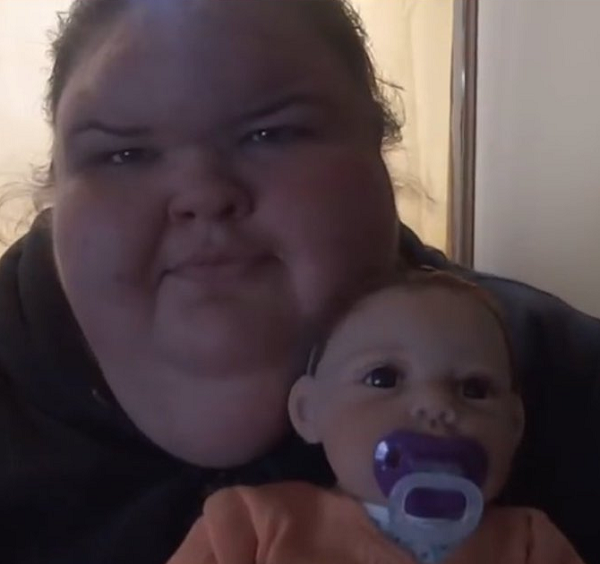 Some fans rushed to plaster this photo all over Facebook. Hoping this was finally the first look at the little guy.

Here’s what most fans think of this photo

At a rushed first glance, it is easy to see why so many thought this was Tammy posing with Amy Slaton’s baby. This picture, however, is nothing more than Tammy Slaton posting with one of those life-like baby dolls.

Unsurprisingly, those circulating this photo are being blasted because it is “clearly a baby doll” some fans exclaimed. Still, we can understand why this picture of Tammy with the baby doll caused so much excitement.

So, why haven’t we seen a photo of Amy Slaton’s baby just yet?

Our best guess is we are at the whim of TLC at this point. Chances are pretty good we will get our first look at Amy and Michael’s baby boy during an episode of 1000-Lb. Sisters. Some suspect it might even be part of the Season Finale.

Noticeably, Amy posted her maternity photoshoot pictures AFTER the episode aired on TV. So, we can assume she will also share pictures of her baby boy AFTER he airs in an episode on TV as well. New babies are good for views on the TLC network. So, chances are pretty good Amy and her family aren’t allowed to post photos until the episode airs.

So, are you bummed this turned out not to be a real photo of Amy Slaton Halterman’s baby boy? Are you wondering where her baby is right now too? Do you think we’ll get to see him at some point in time on the show? Share your thoughts with us in the comments down below.