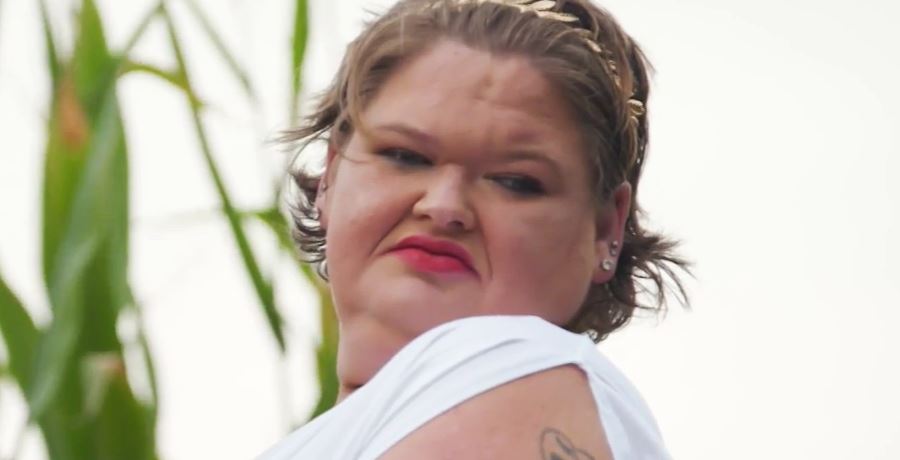 Amy and Michael dress up for her maternity photoshoot.

Amy admits that she’s had a hard time really enjoying her pregnancy. Fans can only assume this is largely because of her weight. Amy has constantly struggled with pregnancy cravings and trying not to gain weight during the pregnancy. This maternity photoshoot was a way for her to enjoy being pregnant. She joked to Michael that the photos would let her show her son what he did to her stomach one day. 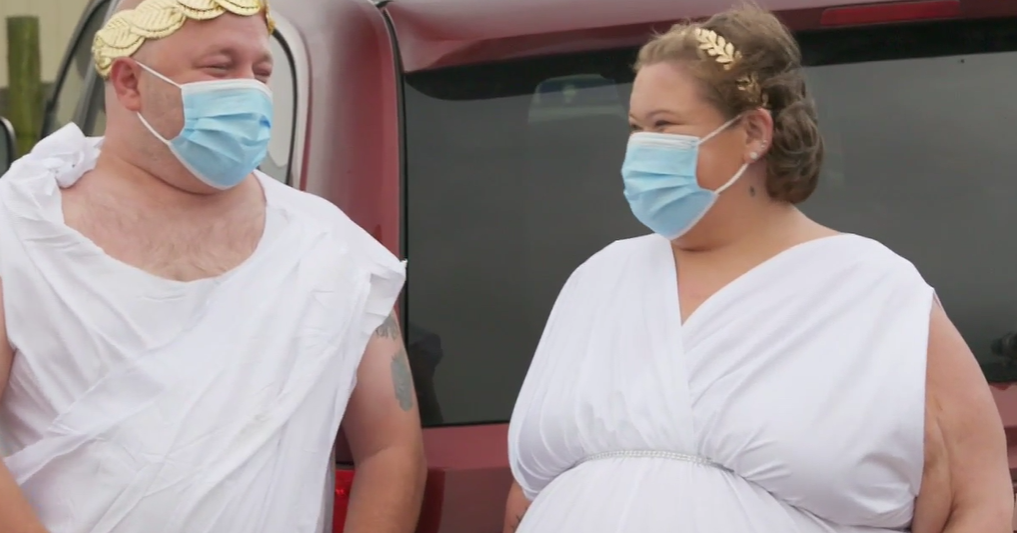 Amy picked up a Greek God and Goddess costume set for her and Michael to wear for the photoshoot. She admits a Greek Goddess is usually skinny. But, she was just going with her own spin on it. And, she thought she looked fabulous.

Amy admits the whole experience certainly made her feel like a model.

The photographer admits it was a unique photoshoot.

Speaking to the cameras, the photographer admits costumes don’t usually come with maternity photoshoots. So, that made it a bit of a unique experience for her. That being said, she had a lot of fun taking pictures for Amy. She explained that Amy was a really funny and positive women. And, Michael? Well, he was clearly very sweet and caring.

The photographer noted that Michael was always close by. He was clearly protective of his wife. And would hold on her to help her up or down. He would also prevent her from falling.

Amy Slaton-Halterman doesn’t want to stop at the maternity photoshoot. She also wants to have a baby shower. She’s seven months pregnant. And, she thinks it is just time for the baby shower. She admits it is another way for her to embrace and enjoy this pregnancy. Moreover, she hopes they’ll be able to get the things they still need for the baby. 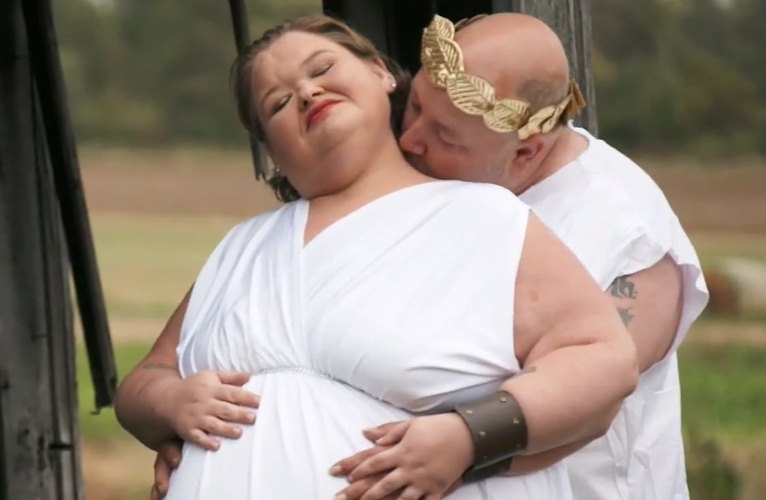 Here’s hoping Amy Slaton has a smooth birth and we get to see that baby soon!

Double Lock Your Doors & Watch Lifetime’s ‘Next Door Nightmare’
Love In The Afternoon With Hallmark’s ‘A Little Daytime Drama’
‘American Pickers’: Frank Fritz Did Rehab Before Getting Fired
Todd Chrisley Reaching Out To His Hurt Child, Which One?
Catelynn Lowell DRAGGED For ‘Twisted’ & ‘Disgusting’ Clickbait