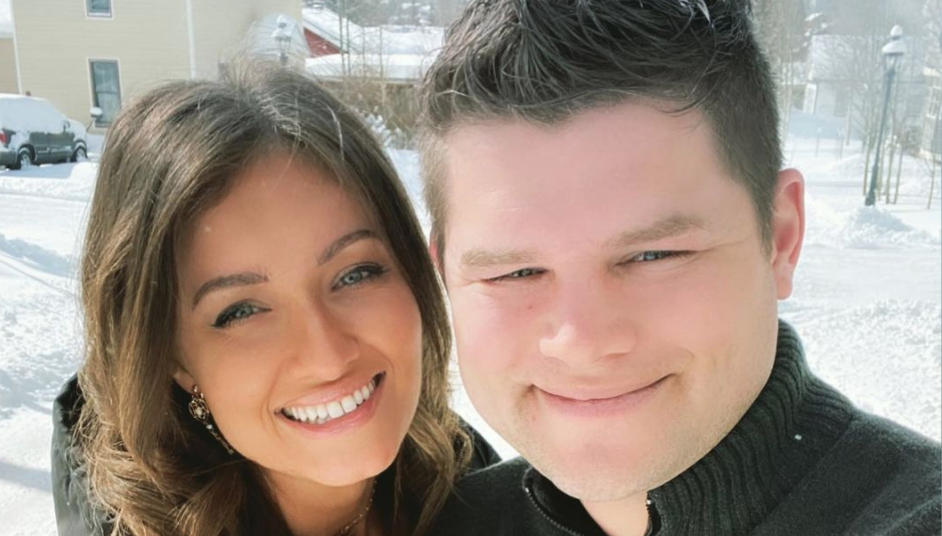 Bringing Up Bates fans are getting curious about Nathan Bates and Esther Keyes’ relationship. The duo shared special Valentine’s Day posts on social media, which included a big surprise from Nathan. When the couple posted on Instagram, fans thought they caught a hint that the two have tied the knot.

In several of their latest Instagram posts, both Nathan and Esther have been wearing rings on their ring fingers. They also seem to be very physically close with each other, which isn’t necessarily allowed in fundamentalist courtships. Most people in courtships decide to hold off on any form of physical affection until they’re married. They may be able to hold hands once they’re engaged. But the rules vary by family.

For example, in the Duggar family, the kids can make their own courtship rules if they’re older. So, that could be the case in the Bates family as well.

So, between the rings and the PDA, it’s possible that Esther and Nathan are already hitched.

You can see the photos of the couple with their rings below.

Fans think they know the truth

After seeing the photos of the couple with the rings on their fingers, fans started commenting and asking if they had gotten married.

One user wrote, “I noticed your rings…. I’m guessing y’all eloped and are married? If so congratulations! I’m so happy for y’all. ❤️🤗🙏”

Another adds, “You both have rings on. Did you get married? So cute.” Yet another fan writes, “Congratulations! The rings are beautiful on both of you! First Valentine’s Day married is the best! ❤️❤️❤️”

So, many of Esther’s followers are confused and think that the couple has gotten married without telling anyone.

After enough of those comments started rolling in, other fans began commenting and saying that they are promise rings. Promise rings show that someone intends to take the relationship seriously. Promise rings can also be a sign of commitment to the future of the relationship. It’s possible that they are wearing purity rings as well. Purity rings are a commitment to remain pure by not engaging in intercourse prior to marriage.

Know that promise rings and engagement rings aren’t the same. But based on how the relationship is going, fans wouldn’t be surprised to see this couple take it to the next level very soon. For now, they are just dating and are neither engaged nor married. So far, Nathan and Esther haven’t commented on the speculation.

So, did you think that Nathan Bates and Esther Keyes had secretly tied the knot? Or did you know that they’re probably wearing promise or purity rings? Let us know in the comments below.

Don’t miss the return of UPtv’s Bringing Up Bates. You can find all of the details about the upcoming season here.