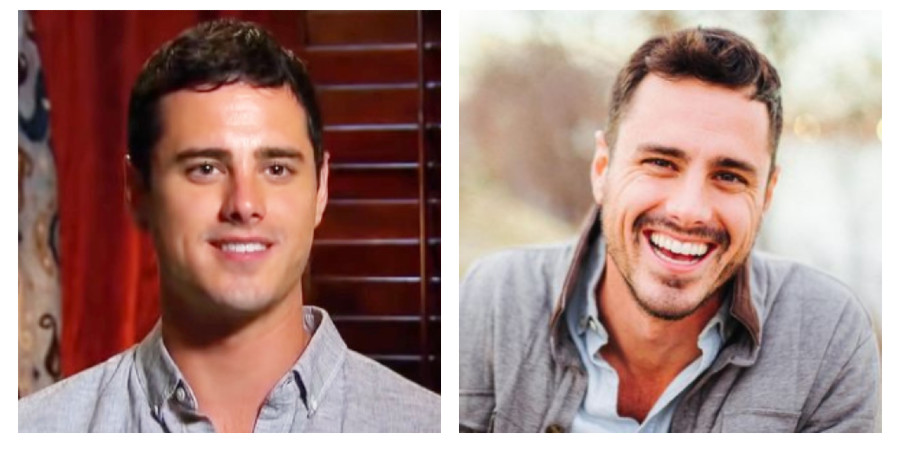 Ben Higgins is dishing some dirt from behind-the-scenes at Bachelor Nation. He recently cleared the air regarding his extreme weight loss during his season as The Bachelor. The true reason behind the weight loss was hidden from viewers by the show’s producers.

What Caused Ben Higgins to Lose 30-lbs. During Filming?

Viewers may have noticed a drastic change in Ben Higgins’ appearance between his stints on two Bachelor Nation shows. Viewers first met Higgins during his time on Season 11 of The Bachelorette. He made it all the way to the final three before Kaitlyn Bristowe sent him home.

Due to his popularity with fans, he was named The Bachelor for Season 20. He revealed for the first time this week that he was sick for the entire three months of filming his season. Right before filming began, he took a trip to Honduras for a wedding. While he was there he got a stomach bug, literally.

During his appearance on Fubo Sports Network’s Drinks With Binks, Higgins revealed he got “a parasite in my gut” in Honduras.

He started filming Season 20 of The Bachelor shortly after the trip. The stomach troubles hit him “the first week of filming.”

Five years after his stint as The Bachelor, Ben Higgins finally feels he can speak “openly” about his experience. However, at the time, he couldn’t reveal the truth. In fact, he said that the show gave an entirely different reason to explain him losing 30 pounds during filming.

According to the show, it was “stress and anxiety” that caused the change. Higgins says that the truth about his illness was “not a great look” for a lead on the show.

His Condition Made for Some AWKWARD Dates

His stomach trouble had some effect on filming. He admitted that one-on-one dates were awkward. He had to keep “run[ning]” for the bathroom when he felt sick.

Ben Higgins did find love despite his illness. At the end of Season 20, he got engaged to Lauren Bushnell. They even got a spinoff, Ben and Lauren, Happily Ever After? Alas, it was not happily ever after. They split in 2017. However, they have both found love again.

Lauren Bushnell is expecting her first child with her husband, country singer Chris Lane. Ben Higgins is engaged to Jessica Clarke, someone he met away from the Bachelor Nation universe.

The former Bachelor just released his memoir, Alone in Plain Sight: Searching for Connection When You’re Seen but Not Known. Some of the book addresses his time on the show and his split from Bushnell. But it’s also about his faith and personal struggles, Us Weekly reports.

Ben Higgins appeared on Matt James’ season of The Bachelor as a sounding board and advisor.

Matt James’ journey to love isn’t over yet. The Bachelor airs Mondays on ABC.