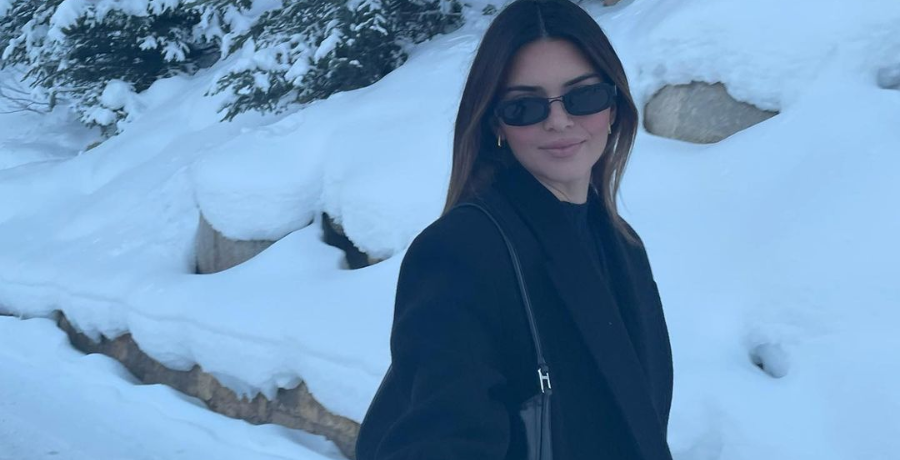 Kendall Jenner and Devin Booker are Instagram official. This is a first for the Keeping Up With the Kardashians star. The supermodel is often private about who she’s dating. She’s never shared a photo of any of the men she’s been with until now.

On Sunday, February 14, Kendall posted a photo of the NBA star. However, he didn’t make it to her Instagram feed. Instead, she shared the adorable photo on her Instagram Stories. So, it was gone within 24 hours, but you can still see it here.

However, that hasn’t stopped outlets from claiming they’re Instagram official. Check out the sweet photo of the reality star and athlete below.

Kendall Jenner shares rare photo of herself with Devin Booker

On Valentine’s Day, the model was in her feelings. She shared a rare photo of herself with Devin Booker. The couple has been the center of romance rumors ever since April 2020. Kendall Jenner posted a photo of the tall basketball star laying on top of her on the kitchen counter. She captioned it with a single heart emoji next to his IG handle.

The KUWTK star wore a fuzzy cream-colored sweatshirt and a big smile on her face. She covered her face as he nuzzled in her chest. Meanwhile, Devin wore a white T-shirt with a beige baseball cap. He hid his face but kept his gold watch in clear view.

This is the first time that fans have seen the two together on Kendall’s Instagram account. She then followed up with a photo of a bottle of Promontory wine from 2012 alongside a decanter. It appears the pair was having a quiet Valentine’s Day together. But they weren’t completely alone since someone snapped the intimate photos.

Devin reciprocated the feelings on his Instagram. He shared a clip of Kendall playing with his dog. Then, he posted a photo of all three of them snuggling in the grass. The steamy black-and-white photo showed them undressed. Even Devin’s belt was tossed to the side.

An insider told People that Kendall Jenner is “very happy” with Devin Booker and it shows. They made their relationship official after one year of dating. The 25-year-old received approval from her family. They’re happy with her new serious romance.

Of course, it wasn’t so serious right away. At first, the young couple was just having a “fun hookup,” claims People’s source. But over time, they have gotten “exclusive and Kendall is very happy with Devin.” She even invited him to Kim Kardashian’s 40th birthday celebration in Tahiti.

The brunette beauty tends to be private when it comes to her relationships. Another insider told E! News that “she definitely prefers to keep her relationships on the down-low, but she likes him, and she’s happy to be with him right now.”It’s a change of pace as to when Kendall dated the likes of Harry Styles. She previously made headlines for her viral bikini photo that gave fans body insecurity.

What are your thoughts on Kendall and Devin dating? Do you think they make a good couple? Sound off in the comments below.