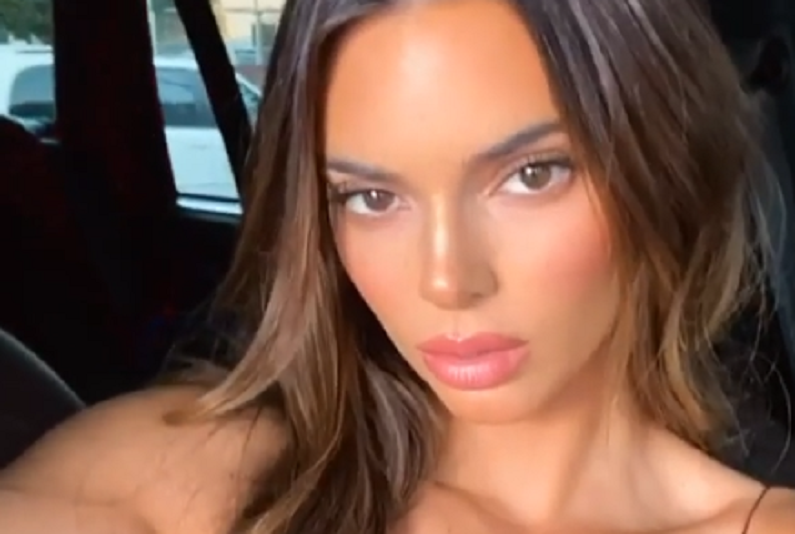 Kendall Jenner and Devin Booker are still going strong. The supermodel invited the NBA player to Kim Kardashian’s 40th birthday bash. The couple last made the romance rumors swirl earlier this year. Paparazzi snapped the photos of Kendall and Devin nuzzling on the beach together.

TV Shows Ace previously reported that the two have been spending a lot of time together lately. However, they haven’t made their relationship official. They’re just enjoying each other’s company during this time. But neither of them have been seeing anyone else outside of their relationship.

Most young people aren’t dating as freely amid the coronavirus pandemic.

The couple must be somewhat serious. Because a new report revealed that Kendall Jenner and her men spent time together on a tropical island getaway. It seems like the perfect spot for couples. An insider confirmed to Us Weekly that it was the KUWTK star’s idea to invite the basketball player.

“Kendall and Devin are hooking up and dating,” the source told Us Weekly. “She invited him to Kim’s birthday and knew it would be easy for him to hang out with her family and friends.”

The 23-year-old athlete “enjoyed hanging out” with Khloe Kardashian’s boyfriend, Tristan Thompson. It makes sense since both of the fellas are professional basketball players. The two couples enjoyed their time during the weekend-long getaway, according to the insider.

The 24-year-old model even posted photos from the picturesque vacation. But she didn’t post any photos with her rumored beau. However, some fans noticed Kendall standing close to Devin in a previous photo shared by Kim earlier this week.

Kendall Jenner has shared a lot of sexy bikini photos on Instagram. Even if she’s dating Devin, she makes sure to post “thirst trap” photos. On Wednesday, October 28, she posted several photos of herself in just a blue-and-green thong bikini as she enjoyed the warm waters of the private island.

“Jelly got me,” she captioned the bikini photos.

Her older sister, Kim Kardashian, commented: “Thirst trap and I’m here for it.”

In another post, Kendall shared more photos of herself wearing different bikinis. She also included some beautiful shots of the island. But she informed her followers that “Locations a secret” in the caption.

Kendall and Devin were first linked earlier this year

The couple first made headlines in April after embarking on a road trip to Sedona, Arizona together. Their relationship remained casual for the past few months.

“Kendall likes Devin, and he doesn’t want her dating anyone else, but she wants to keep her options open,” the source previously told Us Weekly. “He makes her laugh, and they are so cute together.”

Earlier this month, another source told the magazine that Kendall and Devin are “not super serious and they’re just having fun together.” Back in June, it was confirmed that the duo was “hooking up” after their April trip. A source confirmed that she’s been “talking to a couple of different guys.”

Kendall was previously linked to basketball player Ben Simmons. The couple ended their relationship in May 2019 after dating on and off for a year. She also was linked to Blake Griffin and singer Harry Styles.

What Did Jackson Roloff Do That Made Tori Bawl?
Why Colton Underwood Won’t Talk About Cassie Randolph Anymore
‘Seeking Sister Wife’ Fans Like The Way The Winders Court
‘LPBW’: Matt Roloff Makes Amy An Offer She Can’t Refuse… Or Can She?
Fans React As ‘Sister Wives’ Star Christine Brown Gets COVID-19 Vaccine