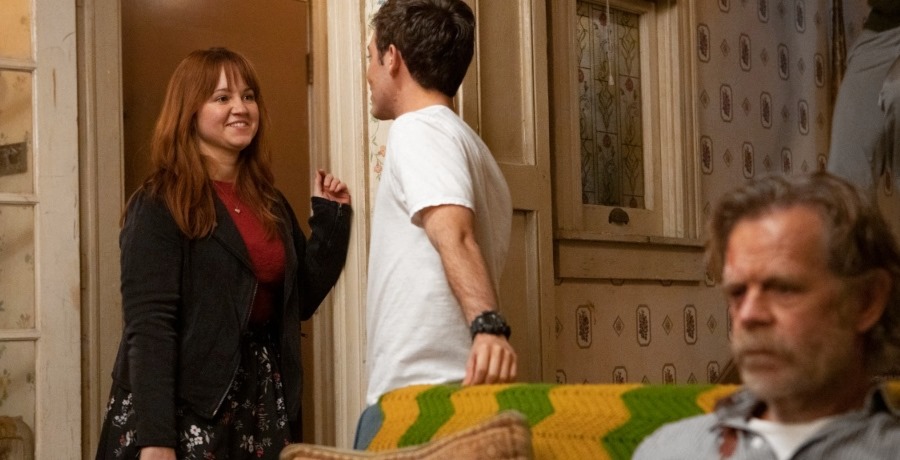 Season 11, Episode 6 of Shameless finally airs tonight and it might leave you wondering if Carl Gallagher just got raped. Now, if you haven’t watched this week’s episode of Shameless yet, you might want to exit out of this article. As it does contain spoilers from tonight’s episode.

Tonight’s episode sees Carl Gallagher taking a day off from his new job as a rookie police officer. He heads to a store to pick up some things for the basement. He’s decided to cleanup the basement and turn it into his new home.

While at the store, he seems to hit it off with one of the employees. Her name is Tish. And she’s clearly very into him as well. They grab something to drink together. And, they end up back at his house.

Things get a little hot and heavy between Carl and Tish. She’s ready for the moment. Meanwhile he’s scrambling to try to get a condom out of his pocket and get it on. He makes it pretty clear he wants the condom. She makes it clear she doesn’t.

Unfortunately for Carl, she seems to go for it even though he wanted the condom. She encouraged the “pull-out” method. But, when the time came… Well, it sounds like that didn’t happen.

His family notices something is wrong.

His entire family happens to be in the living room during her awkward exit. Including Mickey and Frank. Carl notes that he finished. But, he was pretty negative about it. So, the family asked if he had trouble helping the girl “finish” too. Carl clarified that that wasn’t the issue or his concern.

Carl explains that when he got close he tried to “pull out” as she suggested. But, she more or less blocked him from being able to do so. He explained she pulled her closer and prevented him from doing so. Carl Gallagher was clearly confused.

His family quickly clues him in on the fact that Carl was raped by this girl. Debbie proceeds to explain to his brother. If he wanted a condom and she made it happen without one. That is the definition of rape.

Does he report the rape?

At the end of the episode, we see Carl head in to report the rape. Initially, the officer behind the desk is assuming he assaulted someone. Things get a little awkward when he clarifies he is reporting it was him that got assaulted.

Shameless fans assume an unwanted pregnancy or an STD might result from this incident. So, do you think Tish raped Carl Gallagher? Share your thoughts with us!