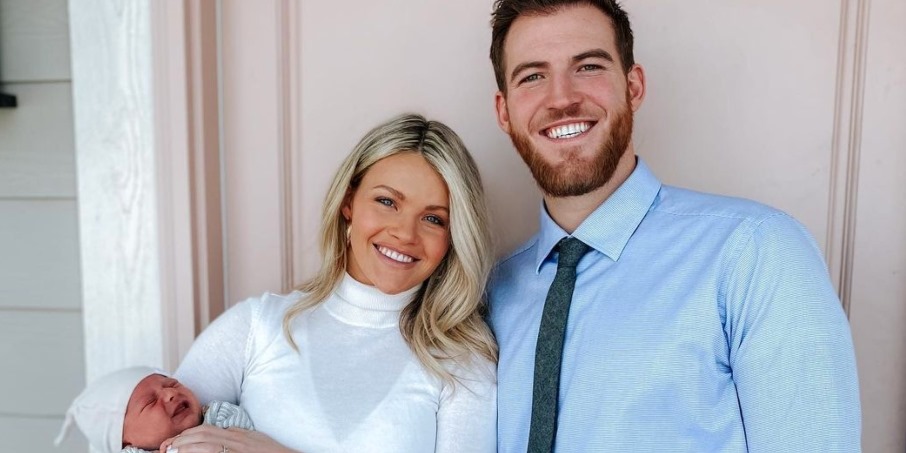 Dancing With The Stars fans missed Witney Carson on Season 29. However, she was very pregnant during the competition season, so it was honestly best for everyone that she stayed home instead. She gave birth to a healthy baby boy on January 3. Now that some time has passed, fans want to know if she will be back for Season 30. Witney recently sat down with Us Weekly to discuss her plans.

“That’s the goal,” Witney told the publication when they asked if she wanted to go back. “That’s what I’m working toward. … So if anything changes, we’ll just go with it, but that is in our sights for right now.”

However, Dancing With The Stars Season 30 is still pretty far off. The network hasn’t even officially renewed the show yet. The dancer went on to say that she is just hanging out until August and then will likely know more about her future on the show.

Witney Carson competed on the show from Seasons 18-28. Sitting out for Season 29 brought on a mix of emotions. She knew she was doing the right thing for her health and her baby boy, but really missed being with the rest of her castmates.

“I just enjoyed it as a fan,” the Season 19 champion shared. “I was just eating my food on commercial breaks like, ‘This is so much less stressed than if I were there.’ But obviously I missed it so much, I miss everybody on there as well. I’m definitely ready to go back.”

Witney’s best friend and co-star, Lindsay Arnold, felt exactly the same way. Lindsay already confirmed she’s training to make her return in the fall. The two women have enjoyed exploring motherhood together. They frequently get their children together for playdates, even though they’re both very young still.

“Lindsay and I have so much in common,” the dancer said about her friend. “It’s crazy. It’s been so much fun. She was just here the other day, and it was so fun to talk about new mom stuff. Our conversations have changed. It’s just babies all the time now. It’s such an amazing chapter in our lives that we get to experience together, and we get to share tips and tricks. She’s been so helpful because she’s been through it already. So it’s been nice to kind of, like, pick her brain.”

Are There Any More Children On The Horizon For The Dancer?

Witney went on to tell Us Weekly that she does not miss being pregnant. Her son was stuck under her pelvis and it led to an incredibly painful labor. However, she does want many more children.

“I would have a baby, like, right now,” she said. “I just want, like, so many kids now. … It might change when he turns 2, and he’s just running rampant. But right now, I want so many kids.”

As much as Witney loves having her son play with Lindsay’s daughter, she’s excited to have him meet other little boys too. Her co-star, Artem Chigvintsev, became a father last summer to a son too. Witney says she and Artem are already making plans for their babies to meet.

“We’re just excited for them to meet. It’s so cute. We were saying how cute their names are together, Leo and Teo. They’re going to be cute little boys. They’re not too far apart.”

Are you excited to have Witney Carson make a comeback in the fall? Be sure to let us know in the comments!