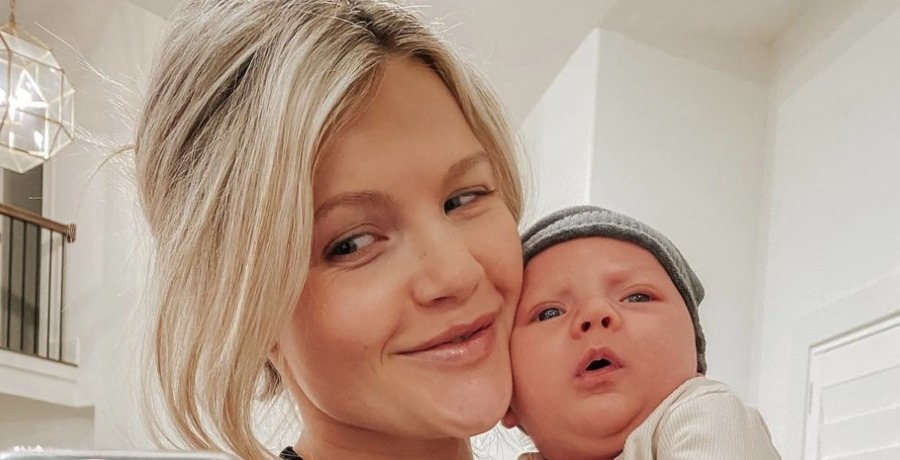 If you follow pro dancer Witney Carson on social media, you probably know that her birth plan wasn’t quite what she imagined. She initially planned on having an induced natural birth, but her baby Leo had other plans. The DWTS pro recently sat down with Us Weekly to discuss her painful labor.

Witney Carson Wasn’t Able To Have The Birth She Wanted

Any mom can tell you that their birth plan didn’t exactly go according to plan. And that was definitely true for Witney Carson.

“I pushed for two and a half hours,” said Witney. “I was fully dilated and the baby just did not want to come out. He just was, like, stuck underneath my pelvis for so long. His heart rate started going really high. So we had to do an emergency C-section and obviously, we did whatever was right for the baby.”

She went on to say that the experiencing was just very traumatic overall and she wasn’t prepared. Fortunately, everything turned out right in the end. Kevin Leo McAllister came into the world on January 3, 2021. Mother and baby are doing just fine.

“I had in my head that I was not going to do that at all,” Witney continued. “We’re just really happy that he’s healthy. That’s the most important thing.”

Now that Leo is here, Witney still has a long way to go recovery-wise. As an athlete, she’s had a hard time learning to take things slow and let her body heal. She revealed on Instagram she had to wear diapers even two weeks after giving birth.

Getting Back Into The Swing Of Things

Now, Witney is slowly building up her strength and looking forward to easing into her old exercise routine. The dancer often discusses her postpartum journey with fans on Instagram.

Although Witney will always love dancing, she hasn’t said whether or not she plans to return to Dancing With The Stars in the fall. Her best friend Lindsay Arnold gave birth in November and is excitedly planning her own return.

But there could be some good news. We do know Witney wants to get back to the gym and a good exercise routine. That could mean she’s planning to return after all. If you look at any online comment section, it’s clear fans really missed Witney Carson during Season 29.

So what do you think? Do you want Witney Carson to come back to Dancing With The Stars in the fall? Be sure to let us know what you think in the comments. We’re always curious to hear what you have to say.