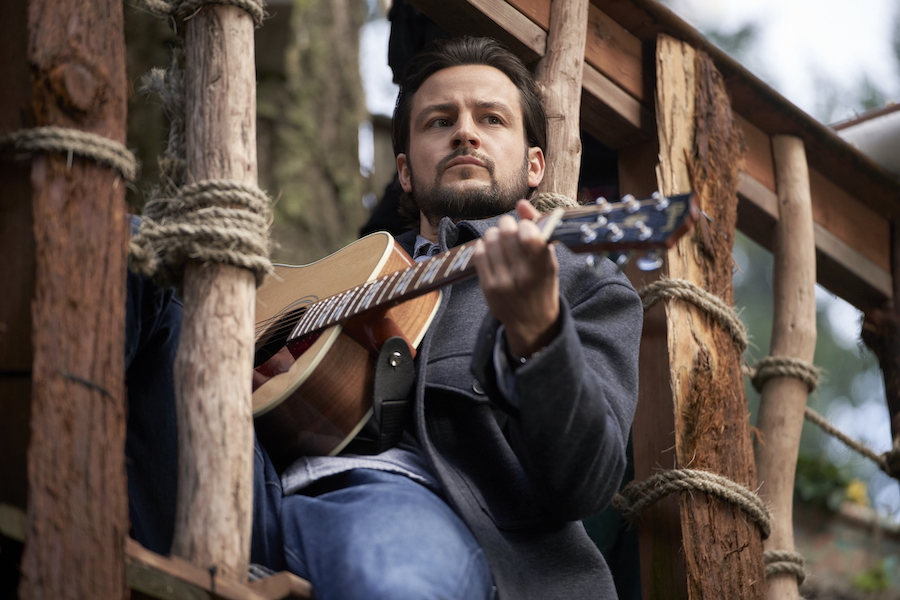 Hallmark’s new Love Ever After movie, It Was Always You, has been the highest anticipated movie in ages. Starring Erin Krakow (When Calls The Heart) and Tyler Hynes (On The 12th Date Of Christmas), this romance has both #Hearties and #Hynies pretty excited.

Now, the preview has had a special release. What do we know about this “frisky” movie?

Let’s start with the basics. What is It Was Always You about? According to the Hallmark press release, Elizabeth’s (Krakow) engagement plans are thrown into disarray when a storm causes her fiancée to be stuck on the other side of town, while she is left trying to finalize last-minute details.

Having her fiancée’s free-spirited brother David (Hynes) back home also doesn’t help the situation. With her engagement party looming and a million things to do, David’s unexpected influence prompts Elizabeth to question her life decisions.

What Does It Was Always You Preview Show?

Entertainment Tonight got the exclusive preview of Hallmark’s It Was Always You. What does the preview reveal that is missing from the synopsis? It starts out with Elizabeth (Krakow) sitting at a table, elbow on the table, and leaning on that arm. Her life is in such disarray, that she has neglected to remove her tan trenchcoat.  “I had my whole life figured out,” she looks pretty forlorned.

Then, there is a recent flashback. Elizabeth says “Hi David!” and reaches out to give a hug to her very attractive, future brother-in-law. (But fans are only thinking “Tyler Hynes!”)

We go back to that table scene. Elizabeth now says, “Everything was written down on lists.” Then the words “Lose the list” appears on the screen. Now, time for another Elizabeth and David flashback.

She is standing in a street, and David is in his light green, Ford pickup. He drives up next to her. She finally gets in and he does a mean U-turn. Then we cut away to another scene. “You’ve been trouble from the start,” Elizabeth accuses David.

Looks like she may be in some trouble too, as we next see Elizabeth and David on the dance floor. He is watching in horror as she dances. And he compares her to a “solar eclipse” that he should not watch, but cannot help himself.

But, what is most telling, when they are setting up her gift registry, he turns around and asks Elizabeth, “What else do you want.” She then scans him. Subliminal? Maybe. We will have to catch this movie later in February to get the full, romantic story.

Just when she had her whole life figured out, @erinkrakow finds that true love can be right under your nose with @Tyler_Hynes in @hallmarkchannel’s #ItWasAlwaysYou.https://t.co/v0KHnck9UL

When Can You See Hallmark’s It Was Always You?