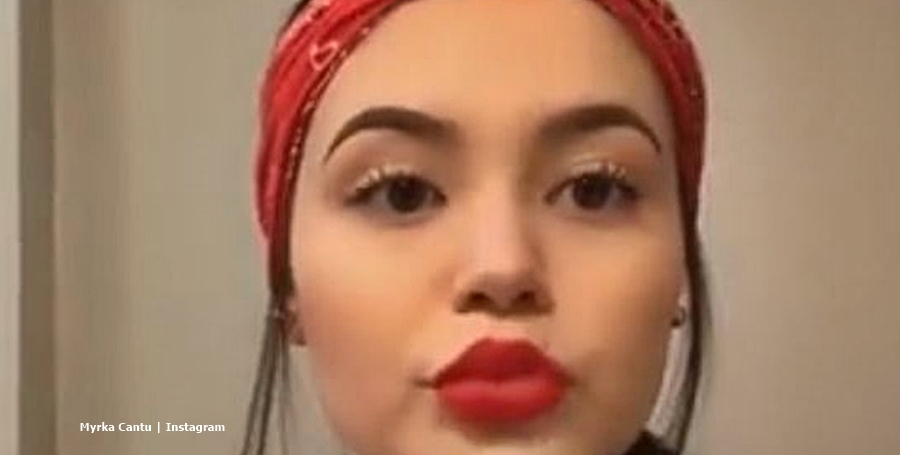 Myrka Cantu and Ethan expect a baby girl in the second season of Unexpected. The show filmed some time ago, so fans know she already had her baby. In fact, the gender reveal came a couple of weeks ago. Often, when the birth episode airs, the TLC castmembers then start revealing lots of photos of their babies. But will Myrka and Ethan do that? Fans asked her about it on Instagram this week.

Myrka Cantu talks about her baby and photos

We reported that Myrka and Ethan seemed so excited ahead of their gender reveal. But her mom Lilliana refused to attend the event. Using work as an excuse, she said, “Every day that I don’t work, it’s money that doesn’t come into my pocket.” Well, fans already know that she booted her daughter out of the house when she fell pregnant. And, she seems totally unforgiving despite her claims that she’s a big Christian.

Some Unexpected fans argue that Myrka Cantu’s mom should accept the inevitable. Her daughter made a mistake and fell pregnant. So, it’s too late to keep on crying over spilled milk. Nevertheless, fans also argue that her grandchild’s part of her bloodline. And family is so very important. In fact, it’s not clear that she even sees her granddaughter. Fans don’t see the baby on Myrka’s social media at all. Notably, Myrka seems particularly shy about sharing any pictures at all. So will she do so once the birth episode airs on TLC?

Fans ask about photos of the baby

In a Q&A on Instagram on February 1, a fan asked Myrka if she plans to “de-archive” photos of her daughter after the birth episode. Well, Initially, Myrka said that she’s “not sure.” But from the rest of her reply, it looks like she probably won’t. The Unexpected star said that she received “so many disturbing messages.” Then she said that she feels a great need to “protect” her daughter rather than cater to “other peoples curiosity, (sic).”

Unfortunately, TLC fans tend to become very invested in the various stars. More than one of them got death threats. And some of those threats extend to their children. 90 Day Fiance star Deavan Clegg recently experienced the most horrendous threats against her daughter Drascilla. Many disturbed people exist and sadly, that means that Unexpected fans probably won’t see any photos of Myrka Cantu’s baby after the birth episode.

What do you think about Myrka Cantu keeping photos of her child offline? Do you agree that safety takes priority? Many people actually think those who reveal their kids online act irresponsibly. After all, some very strange people walk planet Earth. It sounds like Myrka and Ethan simply won’t take any risks. Sound off your thoughts in the comments below.