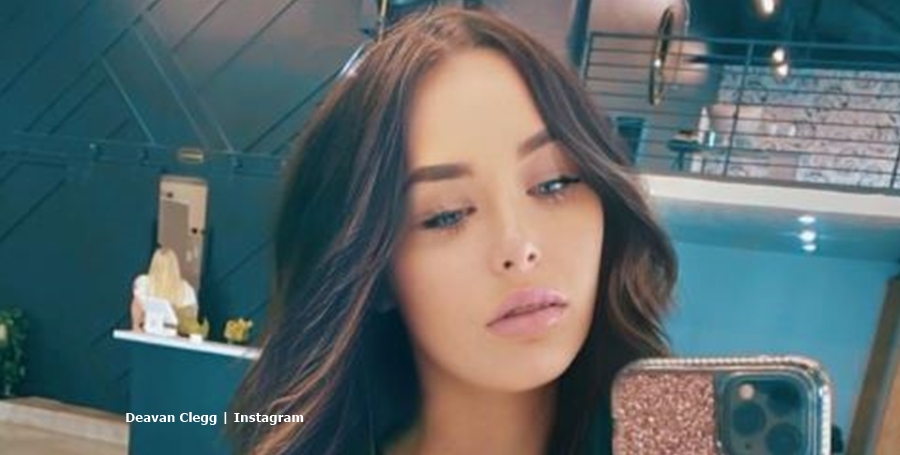 90 Day Fiance Deavan Clegg shared a screenshot of death threats against herself and her daughter Drascilla. It came amid drama between her and Jihoon Lee who fights for visitation rights to Taeyang. And, it followed the posting of her OnlyFans content on Reddit.

Deavan put out the threat that she claims she got in her DMs. Well, another account, @90day_fiance_gossip shared the threats. On the screenshot that Deavan shared she wrote, “TLC & Sharp I hope your (sic) proud of yourself and take your story line you wanted and thanks so much $1,000 an episode what a joke.” Well, in the actual screenshot, the person said a lot of very bad things. They said how they “want” to kill Drascilla and Deavan. Plus, they demanded her address so they could go there and do the horrid deed.

Some fans wondered why Deavan shared this sort of thing on social media. In fact, a lot of critics think the best thing she should do is stay off it. And, make a report to the police. After all, some of them accused her of bringing this on herself because of her public drama about Jihoon. Actually, some fans even accused her of using a fake account to send the messages to herself.

Death threats against any 90 Day Fiance star like Deavan seem terribly scary. But for some reason, little sympathy went her way. Naturally, a lot of people said they felt horrified at the length haters will go. But some of them also agree that putting out so much on social media invited this sort of thing. In fact, she made her OnlyFans free for a day. And now Reddit got ahold of the photos and shared them online for all to see. That sort of thing could also trigger fanatical haters.

In the comments section on the 90 Day Fiance Gossip post, many fans talked about how sick death threats are simply not okay. One person wrote, “The mentality of the ppl on here suggesting she faked this is bonkers. Y’all are just as sick as the monster who sent her the message.”

Another follower noted, “Ew threaten a kid? That person is evil.”

Perhaps it really is time for Deavan to shut the lid on her social media for a while. And hopefully, the 90 Day Fiance star reported the death threats to the police. As one fan pointed out, sharing it on social media won’t make the threats go away.