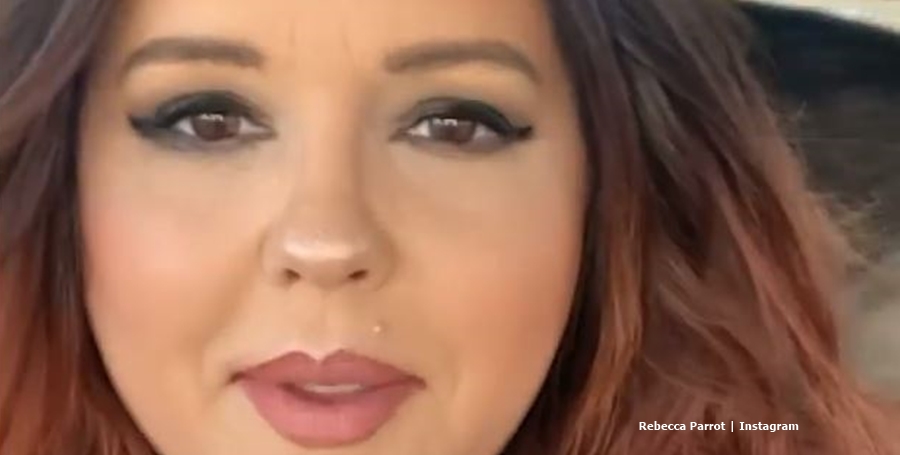 Rebecca Parrot and Zied Hakimi reunited and now she’s shocking fans with her appearance. Fans think the 90 Day Fiance star looks amazing these days. However, he also got a makeover that takes it to the next level. The star is known for using filters on Instagram, however, her changes make her look very much younger. Will it help her hang onto her handsome Tunisian young man?

Taking to Instagram on January 30, Rebecca shared her new looks. She darkened her hair and said she underwent more face injections. The TLC star told her fans that on February 13, she celebrates her birthday. She didn’t say how old she is turning, however, fans know that she’s approaching the 50 mark.

Unashamed, she admits that she went for more Dysport injections. Apparently, they help “smooth out the lines” in her face. Her daughter helped with her hair that now looks black like Zied’s.

We reminded fans that Rebecca Parrot and Zied Hakimi first appeared on TLC in 90 Day Fiance: Before The 90 Days. In Season 3, fans saw them struggle with cultural differences, their age difference, family opposition, and the fact she legally remained married at the time.

Zied finally arrives in the USA and their reunion seems spoiled by family suspicions all over again. Actually, fans wonder if they survive as a couple. In fact, spoilers indicate that they probably manage it as on Instagram, they seem very happy together. With a young man by Rebecca Parrot’s side, why not look fabulous?

If Rebecca looks younger, acts younger, will it save their marriage?

Just because the couple seems happy now, doesn’t mean that situation lasts. After all, Rebecca went through three marriages and three divorces already. Plus, her daughter fears that once he’s able, Zied might take off anyway. Hopefully, that never happens.

In the meantime, TLC fans root for them. Many of them seem deeply impressed with her birthday makeover.

One fan said, “Love!!!!!!! Looks awesome!!!” And another one gushed, “Omg u look amazing with brunette hair you should stick to darker hair looks great on you 👍🏻.”

This comment also came in for Rebecca Parrot and her birthday makeover: “Omggggg you looks amazing love the new lewk.”

Naturally, many fans also congratulated her on her upcoming birthday. Hopefully, Zied spoils her and she takes some time off from her job.

A new job for the 90 Day Fiance star

Before Zied arrived, Rebecca Parrot worked hard to earn the money to support him. She used her education and landed a job as a manager at Joella’s Hot Chicken in Woodstock Georgia. Previously, she worked as a private investigator. Now, she often serves customers from behind the counter. No doubt they also see her new looks and go away impressed with her birthday makeover.

What do you think of Rebecca Parrot’s new look? Sound off in the comments below.