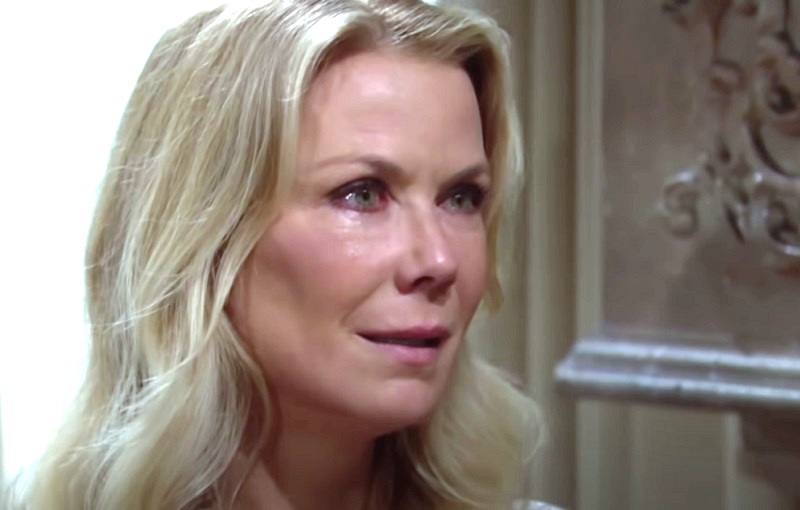 Bold and the Beautiful spoilers put Brooke somewhere that she thought she’d never go but her daughter’s heart is broken and she’s desperate. Fans of the CBS soap can usually miss a few episodes and catch right up as soon as they tune back in.

That’s because Bold and the Beautiful is like a turtle when it comes to speed. But sometime within the next two weeks, if you happen to miss an episode or two, you might be surprised when you return. B&B spoilers hint at things moving fast in the next few weeks.

You might think you landed in an opposite world of Bold and the Beautiful when the latest plot unfolds. However, nothing is beyond this hovering mom as she protects her adult daughter.

Bold and the Beautiful fans know that when it comes to Hope Logan (Annika Noelle), her mother Brooke Logan (Katherine Kelly Lang) will stop at nothing to secure her happiness.

With that said, don’t be surprised when Hope suddenly because best friends with Liam Spencer (Scott Clifton). Sure, Brooke is ripping over what Liam did to her daughter and their sweet little family. However, what Hope is about to do is much worse in the eyes of Brooke Logan. So, the spoilers point to Brooke needing Liam’s help to stop this.

Thomas Forrester (Matthew Atkinson) looks like a changed man since his successful brain surgery. Instead of making a play for Hope, Thomas becomes a good friend. Bold and the Beautiful spoilers suggest Hope finds Thomas attractive in a different way today with his new outlook on life.

The guy who once stopped at nothing to make Hope his own now advocates for Hope to take Liam back. He promised her he’d respect the love she has for Liam and it appears he follows through on that promise.

However, he’s impressing everyone around him, all except for Brooke. Although he has questions, Liam also sees a changed Thomas, one that worries him. 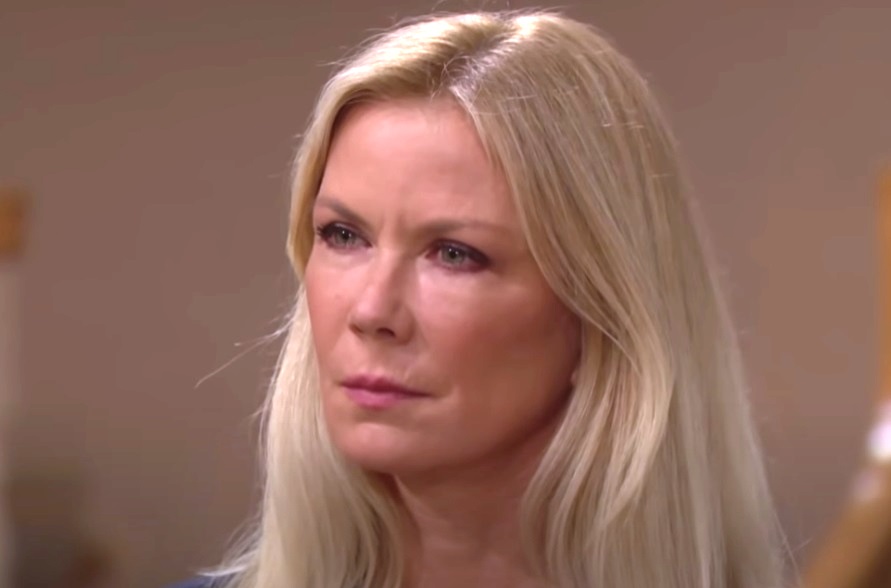 Bold and the Beautiful spoilers hint at even Hope becoming confused as her mother pushes her to give Liam another chance. After years of second chances, Hope tells her mother she can’t trust that it won’t happen again. But Brooke remains persistent.

Brooke shocks her daughter as she blames the cheating on Steffy Forrester (Jacqueline MacInnes Wood). She does her best to pin it all on her stepdaughter and painting Liam as a victim of seduction.

Bold and the Beautiful – Liam Dumbfounded But Thankful

Thomas might look like a changed man to a lot of people around him. But Bold and the Beautiful spoilers indicate Brooke Logan doesn’t buy it. So she turns to the one person anyone least expects for help, Liam Spencer.

B&B spoilers point to Brooke surprising her daughter by pushing for her to forgive Liam and stay in their marriage. But this also shocks the waffling son-in-law as well. He too joins Brooke in her worries about his wife and Thomas.

Bold and the Beautiful spoilers also suggest that Brooke’s take on the new baby coming shocks Hope. Even if Liam is the father, Brooke tells her daughter that nothing changes.

Her mother reminds her that they already share parenting with Kelly. But Hope doesn’t see it that way. She sees Liam building a family with Steffy when he should be concentrating on their family.

Where a broken-hearted Hope goes next will depend upon Thomas not slipping up. But this is the one thing Brooke and Liam count on, the real Thomas finally surfacing for Hope to see. However, the Bold and the Beautiful fan jury is still out on whether Thomas is the real deal or this is just his manipulative ways more fine-tuned today.

A New ‘Big Brother’ Baby Has Been Born! Who Gave Birth? [See First Pic]
Stream This: Lucy Lawless Back For ‘My Life Is Murder’ On Acorn TV, Preview
Wait, What?! Matt James & Rachael Kirkconnell Left ‘After The Final Rose’ Together?!
‘Love Island USA’: Flo Wants To Be The Only Girl On Will’s Lips
Todd Chrisley Reveals His Vision Is Now A Reality