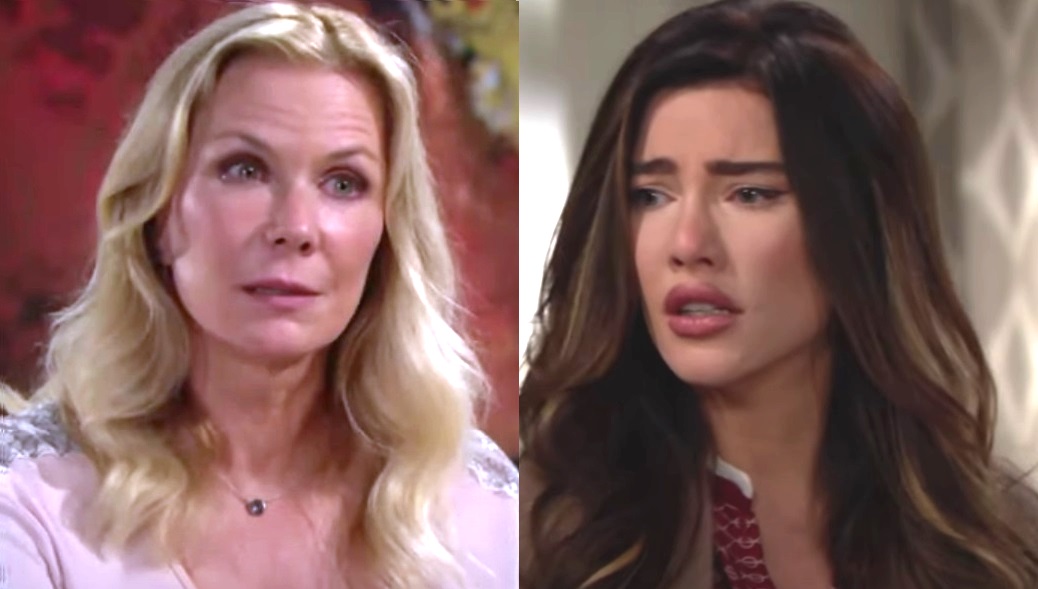 Bold and the Beautiful spoilers for February 1st offer the fallout of Steffy’s pregnancy news as more people in her circle find out about her night with Liam. This becomes a bit tough on Finn, as everyone automatically thinks he is the father. However, when the possibility of two fathers surfaces, faces turn from joy to concern.

This not only weighs heavy on Finn (Tanner Novlan) but Steffy Forrester  (Jacqueline MacInnes Wood) as well. However, B&B spoilers suggest she has a run-in with Brooke Logan (Katherine Kelly Lang) that spikes her stress level sky-high. Then Liam Spencer (Scott Clifton) is in store for more suffering as Hope Logan (Annika Noelle) grows closer to Thomas Forrester (Matthew Atkinson).

Zoe Buckingham (Kiara Barnes) was caught red-handed pushing herself on Zende Forrester (Delon de Metz). Ridge Forrester (Thorsten Kaye) walked in on this and he wants some answers. Bold and the Beautiful spoilers hint at a scared Zoe running to Carter Walton (Lawrence Saint-Victor) to fast-track the wedding.

Monday is the day Hope tells her mom, Brooke, that Steffy is pregnant and the father might be Liam. Needless to say, B&B spoilers suggest Brooke is furious and she won’t let it go. She needs to confront her stepdaughter who interfered in her daughter’s marriage one too many times.

Bold and the Beautiful Spoilers For Tuesday, Feb. 2nd

While Ridge wrestles with the idea of telling Carter, B&B spoilers say that he decides the right thing to do is to tell his best friend what he heard. A devastated and shocked Carter falls hard from that loving-life trip he’s been on lately. 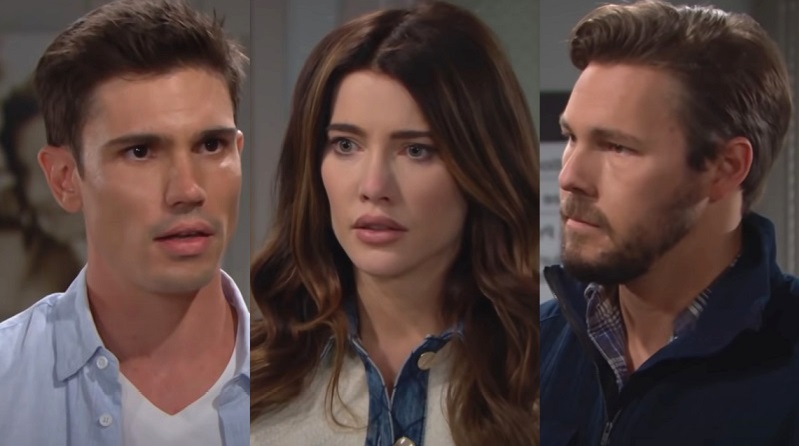 Bold and the Beautiful spoilers claim Tuesday is the day the fans have been waiting for. Steffy and Liam take a paternity test. Apparently, B&B time flies because only this week the doctor told Steffy it was too soon.

But then again, it’s probably just a matter of a month or so before Steffy’s daughter Kelly heads off to college, despite her being a little girl today. Soaps have a way of fiddling with time as well as creating huge growth spurts for kids.

Bold and the Beautiful spoilers indicate Wednesday’s episode brings a desperate Zoe. She’s in high gear and a nervous wreck attempting to salvage her relationship with Carter. Ridge was a true friend and he did tell his buddy what he overheard Zoe saying to Zende.

B&B spoilers suggest Steffy’s attempt to avoid stress isn’t working as Brooke confronts her over her night of lust with her son-in-law. That’s Hope’s husband, who is also known as the waffling Liam Spencer to fans.

It sounds like Zoe sees Paris as the culprit who set her up with Ridge walking in the door. He caught her as she tried to seduce, or more like demand, Zende sleep with her.

On the other side of town, a father-daughter conversation unfolds between Steffy and Ridge. Bold and the Beautiful spoilers say Thursday is the day Steffy tells her dad she’s pregnant. She tells him the entire story, including the night she spent with Liam.

Bold and the Beautiful Spoilers For Friday, February 5th

B&B spoilers on Fridays always include cliffhangers until Monday and there’s no exception this week. It seems Steffy isn’t handling the stress that shows up around every corner next week. However, Friday it just may come to a head.

Ridge and Finn become Steffy’s protectors because their concern is only about Steffy and her unborn baby. This could be the first butting of heads between Ridge and Brooke as Steffy was upset after Brooke came after her earlier in the week.

What are you most looking forward to on B&B in the coming week? Keep checking back with Tv Shows Ace for the latest B&B spoilers and news.