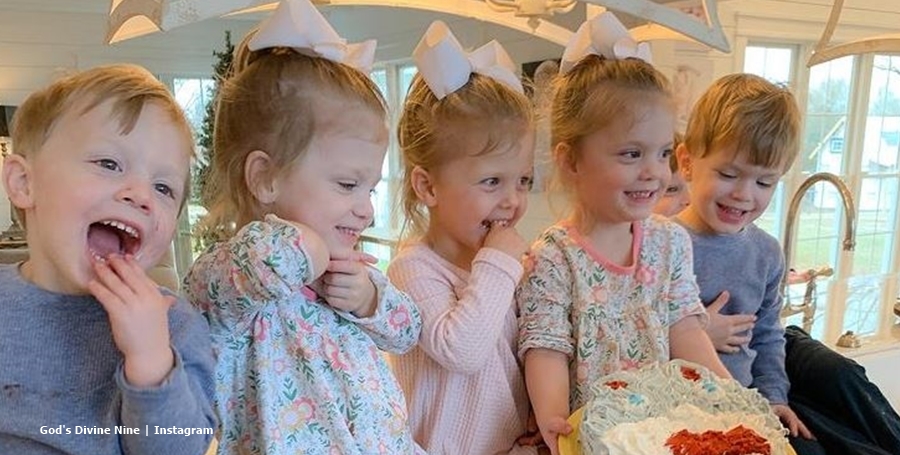 Sweet Home Sextuplets brings cuteness and chaos. Out of season, Courtney Waldrop shares posts about her day-to-day life with the nine kids.

Actually, the little kids take up a lot of her time. With COVID-19 around, not as many people drop in and help out. Now she revealed that playroom chaos may as well remain in that state as the sextuplets would instantly untidy it anyway.

Not many families raise as many as nine kids these days. And most people might settle for the number of older boys (three) in the Waldrop home. The problem with the sextuplets means they all reach the same milestones at the same time. That involved a lot of potty training and a lot of patience. Controlling all of those kids who run around helter-skelter even makes the family dog take refuge sometimes.

Of course, Blu comes along with a reputation for fearlessness and a penchant for perching dangerously in high places. But the other kids also get a bit rowdy sometimes.

We reported that poor Rivers ended up with a bloody nose after playing with her brother. On January 30, Courtney posted about the Sweet Home Sextuplets kids. This time they looked rather angelic as they sat at their little table in the playroom. Well, except for one who lay under a cabinet. Neverlessless, they clearly hadn’t been that quiet for long.

In the foreground of the photo, books, stuffed toys, bags, blocks, trucks, and even a paper plate lay scattered around by the dozen. Courtney said that she had no idea where the paper plate came from. In her caption, she also asked, “Does anyone else’s house look like this🥴🥴 and [you] only see a small part of it. 🙈🙈🙈 the rest is just as bad.” Then she explained, “I convinced myself there’s no point to pick it up..it will [go] right back this way in a matter of seconds!!😝”

Next, she talks about how fast her six-year-olds can “do some damage.”

The kids in Sweet Home Sextuplets only recently turned three years old. Parents.com notes that at the age of three, kids “can be a challenge.”

They test their boundaries and sometimes the only solution lies in “childproofing your home.” But with six of them, it looks like Courtney lives on the end of a long unwinding rope half the time. And, she can hardly turn her home into a prison block. But at the age of three, Courtney might find it useful to start teaching the kids about picking up and putting away all those toys in the playroom.

What do you think of the chaos in the playroom caused by the Sweet Home Sextuplets’ kids? Do you understand why Courtney sometimes just gives up trying to tidy up after them? Sound off in the comments below.