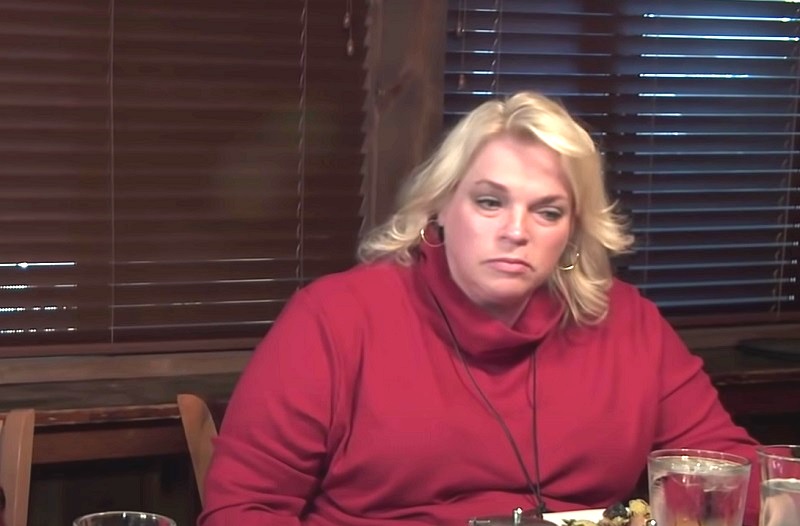 Janelle Brown shows up on the new Sister Wives Season 15 trailer but she sounds a bit gloomy when she reports problems inside the Brown family. It almost sounds as if it is beyond fixing. It’s surprising what the fans learn from this new 2021 Sister Wives trailer.

Sister Wives – Janelle Brown Fills Fans In On The Worries

When the last season came to a close the Sister Wives family was in turmoil. Two of the wives were missing on the couch with Kody in the final episode. Janelle seems to offer a clue of what went on during the break between the two seasons. The second wife of Kody Brown isn’t one to start rumors. What Janelle Brown says, you can pretty much trust.

The new Sister Wives trailer has Kody asking his wives if they still want to spend time with each other. While the camera moves to something else before that question gets an answer, Janelle offers an explanation as to why Kody said this. She said, “Maybe there are some of us who don’t want it anymore.”

Wives Are Tired Of The Other Wives?

That sounds serious coming from Janelle Brown. Janelle’s statement followed Kody, who said he doesn’t want to spend the rest of his life listening to his four wives complaining. It looks like the problem is the four families living so far apart. The Sister Wives separation sounds unbearable for those wives who still believe in plural marriage.

Then add in the isolation from the Sister Wives family following the COVID stay-at-home suggestions and they don’t see each other at all anymore. So the second wife of Kody Brown claims she’s very worried today. From what Janelle and her co-wives say in the trailer, it sounds like they have good reason to worry. Christine Brown has a meltdown on camera as she doesn’t think she can stay in a marriage with Kody anymore. It looks like a real mess.

Meri said she doesn’t know how they can work on the Sister Wives mending relationships when they can’t see each other anymore. Kody Brown claims he’s the only one doing the traveling between the four Sister Wives houses today. Christine sounds like she’s going against her husband’s wishes. She claims Kody wants everyone to stay in their own homes. But Christine won’t do that, she said on camera.

Apparently Robyn Brown feels so isolated that she no longer feels like one of the Sister Wives moms. She says she feels like a stepmom today. So all five spouses don’t seem very happy as the new season closes in. Kody asks a hard question of his ladies. He wants to know if they still want to associate with each other. That answer comes when Sister Wives Season 15 premieres on February 24, 2021, on TLC at 10 pm.