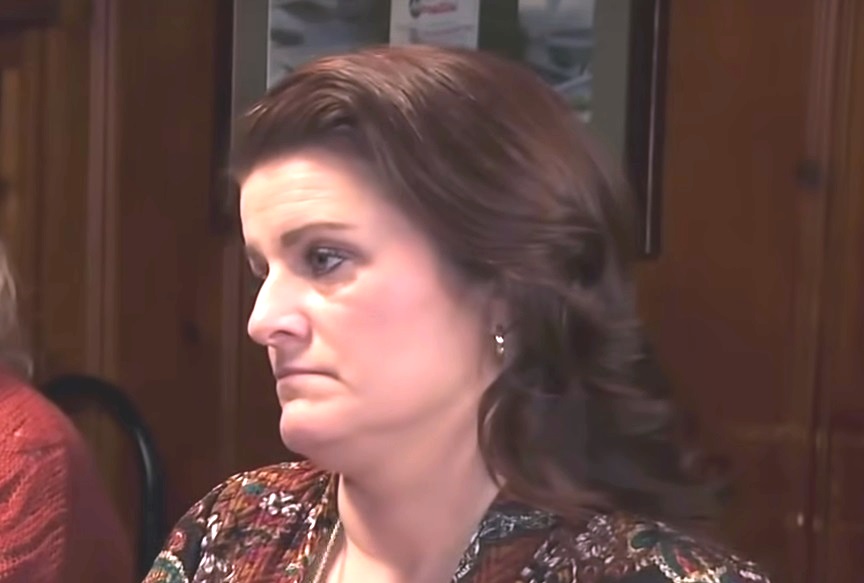 Robyn Brown sounds unhappy in the new Sister Wives Season 15 trailer as she looks into the confessional camera during one of the new episodes. TLC brings back the Kody Brown family and in this new video. Fans will be happy to see that all the wives of Kody Brown are accounted for.

Kody, Meri, Janelle, Christine, and Robyn Brown all seem disillusioned with their marriages in this new season. Robyn sounds like she feels she is picked on by someone in her Sister Wives family. However, three wives end up crying, including Robyn Brown in this new Season 15 trailer.

The Sister Wives moms always made a big deal out of each one of them being a “mother” to all 18 kids. They don’t use the term stepmom on the show. However, it looks as if this is about to change. Robyn tells the Sister Wives camera that she only feels like a stepmom today. What happened to make Robyn sound like she feels so unconnected as one of the wives or as one of the moms?

Robyn did not rise up to become one of the fan-favorites when first joining the family. She recalls several times throughout the decade of Sister Wives how fans call her a homewrecker. Despite some of the more awful things she’s heard from the other three women, she doesn’t seem to retaliate. You don’t hear her condemn the three women she shares her husband with.

Saying things against the three other wives is out of the normal range for Robyn. So it surprises fans when she questions trusting one of the other Sister Wives moms. She also talks about someone sabotaging a marriage during one of the confessional scenes. Robyn says:

“If you know that she’s actually trying to sabotage your relationship with Kody, you can’t trust her.”

Sister Wives fans know that Robyn had a tough time at the beginning with a few of the older kids. When she first showed up as a new mother, it took a while for the kids to warm up to her.

It is not known why she feels like a stepmother on the new season trailer. However, you can only imagine it has something to do with the kids. Or possibly the other wives.

Robyn looks as unhappy as she did when the last season came to an end. The new Sister Wives Season 15 starts on Sunday night, February 14 at 10 pm on TLC.