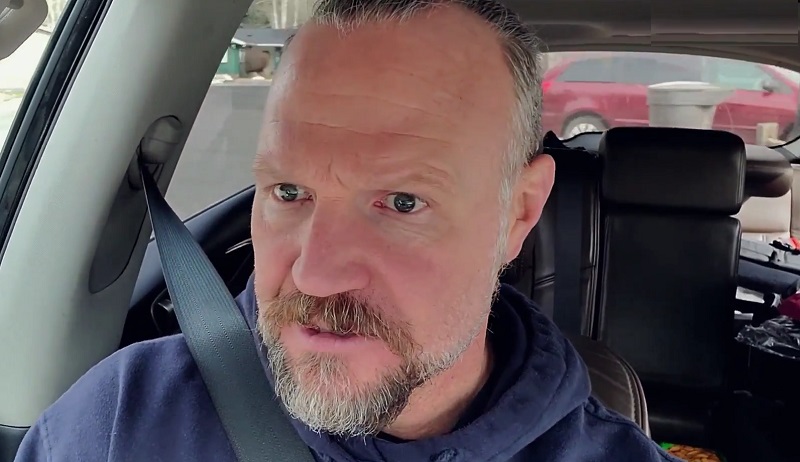 This Sister Wives set up for the Kody Brown family might have worked when the kids were little but today the family unit seems tainted. In the new Sister Wives season, Kody Brown gives his wives a hard question to answer. But it looks as if fans have to wait until February 14 when the new season rolls out to find out which way they go with this.

But when TLC rolled out a new trailer with People Magazine today, he sang a different tune. It looks as though he gave his wives a chance to say how they really feel about the women who share him.

He gave the ladies an out if they didn’t want to associate with each other. He asked his wives if they really want a relationship with each other. Janelle Brown spoke into the camera saying maybe the wives don’t want to spend time with the other wives anymore.

Janelle said she is worried. Living so far away in four different Sister Wives houses took a big toll on the family. She looked into the camera and said maybe some of the wives are no longer interested, adding, “Look, I don’t want it anymore.”

Kody explained how his marriage works today. It seemed just a bit different than the days of his nightly schedule. He talked about intimate relations, assumingly with his Sister Wives women.

Kody said he reserves making love for someone he loves. Some fans were under the impression he did his four-night revolving schedule out of duty to his wives. Now he only does this for another reason?

It sounded like Kody admitted to not sleeping with all his wives. Maybe he is in a monogamous relationship with Robyn as the fans assumed for the last year or so.

Sister Wives – So Different From Yesterday

From what this new promo clip shows in the few moments it covers, it sounds like Kody put the family on a shutdown. Because of the Covid-19, the Sister Wives father of 18 asked his wives and their children to stay at home.

It appears as if to keep them all safe, he planned to stay put in one home. Christine Brown had a meltdown and told Meri Brown that she doesn’t think she can do marriage anymore with Kody.

Janelle is worried that the family is falling apart. It sounds like the building being delayed at Coyote Pass also plays a part in this marriage upheaval. Kody said into the camera that just because they sold their Vegas houses doesn’t mean they have money.

It sounds as if the entire five-person marriage is on its last leg. Robyn Brown seemed to insinuate that she thinks Christine is sabotaging her marriage to Kody. That is how it sounds on the teaser video.

It seems the Sister Wives spouses are a little more open to sharing their struggles than ever before in this new preview video.

The new Sister Wives season rolls out on Sunday, February 14, at 10 pm ET on TLC.