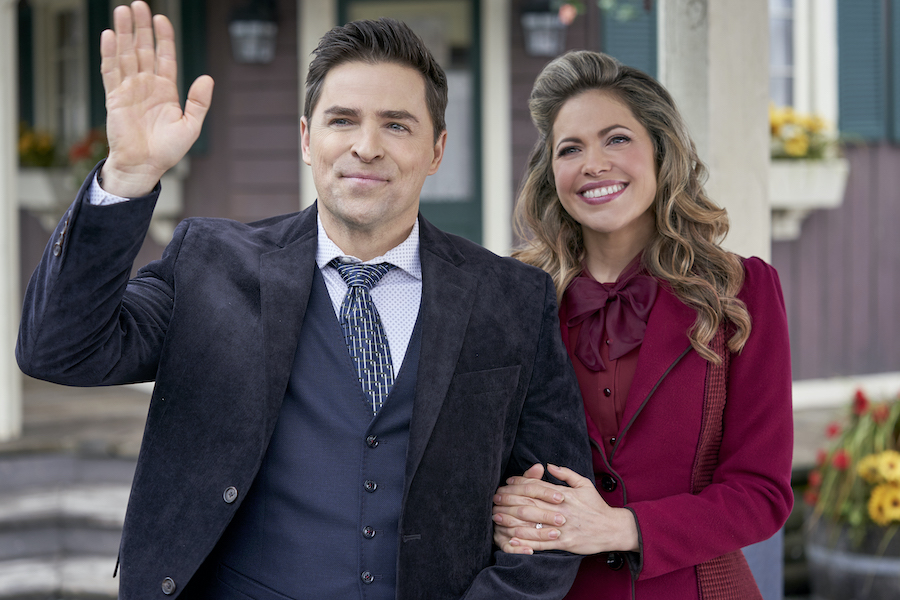 When Calls The Heart is leaving Netflix soon. The Hallmark series will no long be available to stream. However, there are some options for hearties. That is because the streaming network is removing the beloved Hallmark series.

When is When Calls The Heart leaving Netflix, and where will Hearties be able to stream the series in the future?

When Is When Calls The Heart Leaving Netflix?

On January 24, Netflix will no longer stream the first five seasons of When Calls The Heart. Netflix does not explain why they delete content. However, they add and delete series each month. Unfortunately for hearties, When Calls The Heart is just one of those shows.

Now that we are down to the wire, fans will want to know other options for watching the series based on the Janette Oke books.

Where Can You Watch When Calls The Heart?

Thankfully, there is a variety of options on how fans can watch Hallmark’s When Calls The Heart. Here’s where you can stream or buy episodes of When Calls the Heart right now:

Hallmark Movies Now: Currently, the HMN App is only steaming Season 7. This is a monthly $4.99 service, where you can stream all 10 episodes, as well as a cornucopia of movies and series. There is still no information on whether they will offer the earlier seasons anytime soon.

Amazon: There are two ways to go with purchasing WCTH individual episodes for $2.99. Or supersize it and get one entire season for $19.99. Currently, Amazon offers all seven seasons. In February, when Season 8 premieres, episodes can be individually purchased the day after.

Google Play: Hearties can purchase individual episodes from all seven seasons for a mere $1.99 each. An entire season bundle can set you budget back between $12.99 to $18.99.

VUDU: This is the most affordable option for hearties. A full season can start at $12.99 and goes up from there.

Just a week left to watch When Calls the Heart on @netflix 😞 let’s hope we can get more seasons available on @HMNow soon!! #hearties #wcth pic.twitter.com/ecXgD6gqEB

When Does WCTH Season 8 Premiere?

When Calls The Heart Season 8 is premiering on Sunday, February 21 at 9 p.m. Eastern. As we get closer, Hallmark has begun to share some sneak peeks into the upcoming season. According to an exclusive Entertainment Tonight preview,  fans have a lot to get excited about.

For example, the Canfield family is Hope Valley’s latest residents. The family of four includes two children that Elizabeth will teach in school. But, with one, there will be some conflict with the Canfield matriarch.

But, not everything is going to be a challenge. Elizabeth’s writing career celebrates a special marker. Moreover, her personal life transforms. There will be no more love triangle. She is finally going to choose. Who is the lucky man, Nathan or Lucas? You will have to tune into Season 8 to find out!

‘Younger’ Season 7: Preview Video, Where You Will Be Watching The Final Season?
Courtney Waldrop Praised For Letting Her ‘Kids Be Kids’ – Photos
‘Days of Our Lives’ Week Of March 1 Spoilers: Sami Is Arrested – Gwen Confesses?
What Does Five Bikes Cost Adam & Danielle For The Busby Quints?
Did Adam Busby Reveal Blayke’s Possible Career Choice?