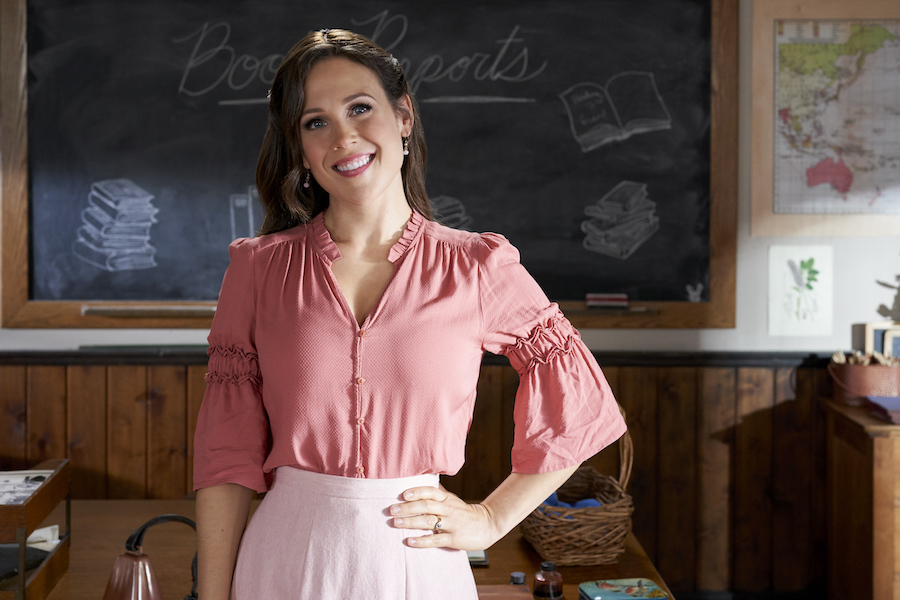 Hallmark has announced the When Calls The Heart premiere date. This is an early Christmas present for hearties that are perhaps a little disappointed that there will not be a Christmas movie in 202o.

When will WCTH Season 8 premiere and what other surprises are in store?

According to ET, When Calls The Heart Season 8 will premiere on Sunday, February 21, at 9 p.m. Eastern, on the Hallmark Channel. This announcement is a big news, as hearties were not even sure if Hallmark would share that premiere date on Christmas Day, when they air the 2019 WCTH Christmas movie.

On Christmas Day, at 8 p.m. Eastern Time, Hallmark is sharing a very special airing of When Calls The Heart: Home For Christmas. Stars of the show, including Erin Krakow, will be hosting this special encore presentation. This will be a fun way to celebrate the holiday.

In addition, hearties will get a sneak peek of WCTH Season 8! This means the first look and clues of what fans should expect in the upcoming 2021 season!

The question that remains is whether the sneak peek will be of an actual scene from the upcoming season. However, it could be a traditional trailer with short snippets that are shown in no particular order. Most importantly, will the preview introduce the new Hope Valley family?

There is a lot to be excited about in When Calls The Heart Season 8. That includes some new residents, the Canfields. The new residents are a family of four that have just arrived to Hope Valley. Joseph Canfield (Viv Leacock, Hailey Dean Mysteries) is the patriarch. Joseph plans to buy a gas station in Hope Valley.

Alongside Joseph is his wife Minnie (Natasha Burnett, The Bridge) portrays the Canfield matriarch. Minnie is the mother of two. Moreover, she is very “protective” of her son and daughter.

The two Canfield children are Viv Leacock’s real-life kids. Vienna Leacock plays Angela Canfield, a visually impaired 12-year-old. Angela is a gifted pianist. Prior to moving to Hope Valley, Angela was homeschooled. Now, she is a student in Mrs. Thornton’s (Erin Krakow) class. However, protective Minnie is not so sure about Elizabeth.

Elias Leacock portrays nine-years-old Cooper Canfield. Considered a “wonderful addition” to the schoolroom, he will have a thrilling adventure that will further endure him to Elizabeth.

In When Calls The Heart Season 8, Elizabeth Chooses

Hearties have been debating who they want. Now, by the time all 12 episodes air, WCTH fans will know who she picks.

Are you ready for When Calls The Heart Season 8? The supersized, 12-episode season premieres on Sunday, February 21, at 9 p.m. Eastern, on the Hallmark Channel.