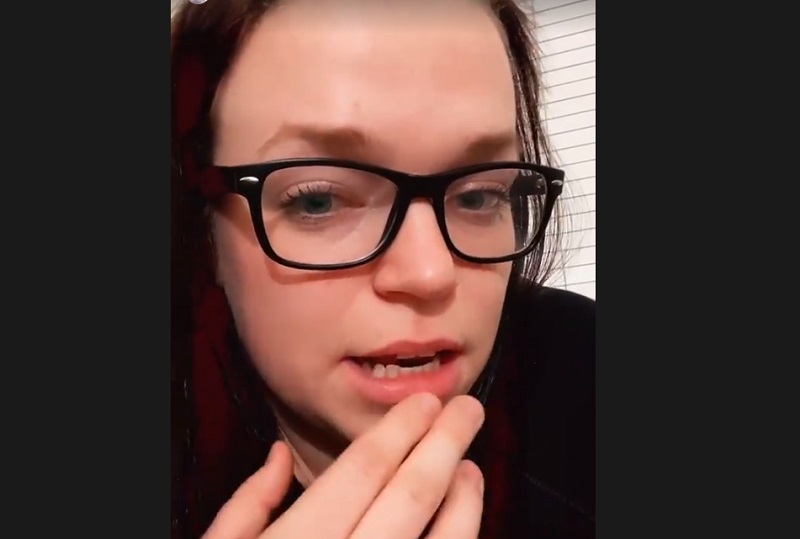 Sister Wives star Maddie Brown Brush is stunned over Evie Brush as the experts dismiss the original treatment plan for her daughter. This mom of two shared updates on her little girl Evie recently on her Instagram page.

When occupational therapists told Maddie there’s nothing they can do for Evie, she pretty much knew that already. The experts don’t have anything to teach this toddler. But that’s only because she’s doing everything in the normal timeline for kids her age.

Evie was born with FATCO, a rare syndrome where bones don’t form normally. In Evie’s case, this syndrome caused the amputation of her foot in her first year of life. She also underwent surgery to separate her fingers.

Amputation sounded harsh to some Sister Wives followers. But it was a decision made for Evie’s future mobility at the time. Now that this angelic little girl is walking, running, and dancing, fans see why Maddie and Caleb Brush went this way.

The young mom of two from the Sister Wives show offered fans an update on Evie’s progress, along with demonstrations. When Maddie first learned her daughter would arrive into this world with FATCO syndrome, she became an expert on the topic.

After Evie was born, these young Sister Wives parents sought out all the treatment that would benefit Evie’s future. This included physical therapy and occupational therapy.

Maddie is also a great believer in trusting kids to adapt and learn things on their own. While she’ll offer Evie some direction as any mother would do with a toddler, she let Evie find the way that works best for her.

Sister Wives: Experts Tell Mom There’s Nothing They Can Do To Help

The experts from occupational therapy were there to teach Evie how to navigate in her world. This included learning to use her hand that Maddie calls her “pinchers” and help her with walking. But something happened as soon as they watched this little girl from the Sister Wives family do her own thing.

They told Maddie there’s nothing they can teach her, she’s mastered the everyday tasks. That’s because she’s taught herself to adapt. This Sister Wives young mom left no stone unturned when it came to preparing Evie for the future.

Quite possibly the greatest gift of all that she gave to her daughter was to let her explore and learn her own way. As the photos above demonstrate. Evie sat down for a morning of creating recently. She used crayons and a paintbrush for her little masterpiece.

Other than telling her daughter that the crayon doesn’t go into the water, the paintbrush does, Maddie let Evie find her own way of holding the items. Sister Wives fans thank Maddie today for sharing her inspirational stories that surround her angelic baby girl.