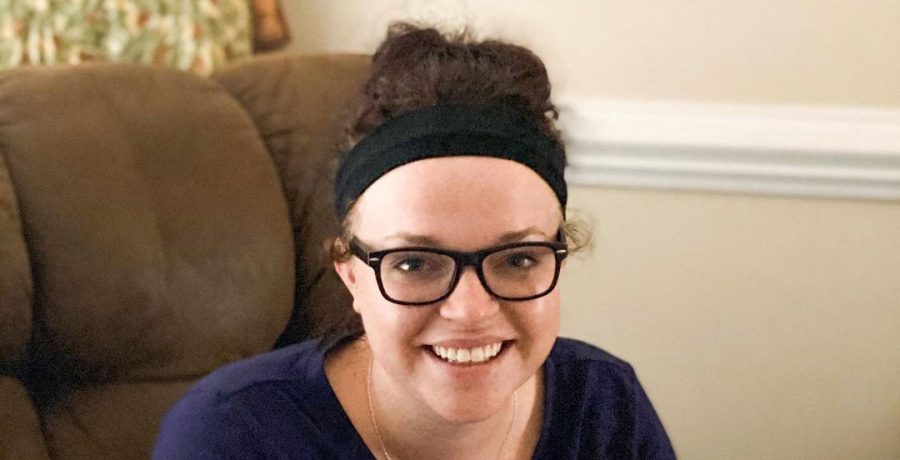 Sister Wives celeb Maddie Brown Brush has become much more than a reality star these days. Consequently, people are praising this young mother and wife. Maddie is the feisty daughter of Janelle Brown and Kody Brown. Sister Wives fans got to watch her grow up through her teen years and then on to a young wife and mother.

Some might say Maddie and her husband Caleb Brush have been dealt some hard hands in life. But this Sister Wives couple not only makes it look easy, but they’ve also inspired parents across the nation.

One look at the youngest Sister Wives family member tells you she was handed to this couple from somewhere above. Evie’s angelic presence isn’t hard to miss.

They Made The Best Decisions

But with FATCO syndrome, Evie’s bones didn’t form correctly and she was missing fingers and toes. The way a bone in her leg formed also made it hard for Evie to attempt to walk. The stress for these young Sister Wives parents came with the tough decisions that this couple needed to make for Evie’s future.

One of those decisions was an amputation. The expert said a prosthesis would greatly improve her mobility and it did. Sister Wives fans rejoiced along with the couple when Maddie shared the first videos showing Evie walking just like any other toddler her age.

But to decide on amputation for your year-old daughter had to be heartbreaking. Most of the Sister Wives fans offered their support to the couple when first learning the news. Some left Maddie defending that decision.

While it might have caused heartbreak at the time when they made that decision, just look at Evie today. She not only walks, but she runs and dances as well.

In rolls 2021 and Maddie calmed down on her social media posts. She wasn’t posting as frequently for the Sister Wives followers. It sounds like she calmed down at home as well by the way she describes a pile of laundry waiting for attention.

Maddie hopped back on Instagram to tell her fans she took a break. 2020 took a bit of a toll and she was tired. So she decided to take a step back and enjoy a respite from the fast-pace of 2020.

Sister Wives fans applaud this young mom for knowing it’s okay to take care of yourself. This Sister Wives young wife weighted the world on her shoulders from the day Evie was born. Now that her toddler is on the road to normal mobility, Maddie decided to catch her breath.

If only she had a crystal ball that would have shown her where Evie would be today – she could have relaxed. But she didn’t and she had to sweat through every decision made.

This young mom shared Evie’s journey with the fans. They are thankful to her for this. She’s inspired so many parents out there to bravely face medical ordeals with their little ones.

This Sister Wives daughter inspired the parents who have children not facing any problems as well. So, today the Internet applauds Maddie for her strength to go through it all and her strength for knowing she needed to take a break. But she’s back today.