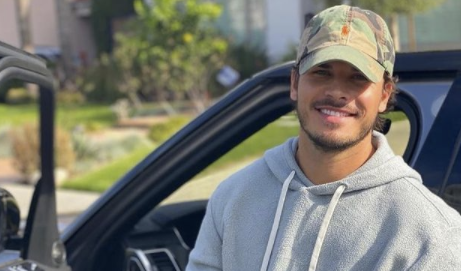 Many people made personal style changes during the pandemic. Gleb Savchenko is the latest person to get a new haircut. However, fans aren’t quite sure what to think about it.

Many fans said they felt that it made him look too young — like a teenager or young boy. Gleb will be 38 this year, so many felt that it wasn’t the most age-appropriate haircut. Plenty suggested that he looked like Justin Bieber now.

But what’s very interesting is that Gleb Savchenko’s ex-wife, Elena, commented on the photo too. Fans knew they were still in touch so they could co-parent their daughters. However, the last anyone heard, they were not on very good terms with one another. However, their playful exchange on Instagram seems to suggest that they are doing much better than they were a few months ago.

Gleb and Elena filed for divorce in December. However, they were seen together on an outing with their daughters around the New Year, PEOPLE confirms.

After their breakup, many media sources confirmed Gleb and actress Cassie Scerbo went on a romantic vacation together to Mexico. Elena Samodanova was romantically linked to another dancer, Vlad Kvartin. While Gleb did suspect something happened between Elena and Vlad while they were still married, she never really commented on the matter.

Since Gleb and Elena announced the end of their marriage, fans have seen a lot of drama on both sides. While Gleb and Cassie vacationed, Elena routinely made Instagram lives to chat with fans. During the live streams, she had no problem letting fans know just how angry she was with her ex-husband.

Both Gleb and Elena accused the other one of cheating and said that was the reason for their split up. However, fans may never actually know what happened at this point. Most fans will be happy if they can get along well enough to co-parent their two daughters.

Do you like Gleb Savchenko’s new haircut, or did you like the way he wore his hair beforehand? Be sure to let us know in the comments. Follow us online to keep up to date with all the exciting Dancing With The Stars drama. We’ll let you know as soon as we know any more.

Jax Taylor Wants A New Show With Just These Former ‘Vanderpump Rules’ Co-Stars
Who Might Jeremiah Duggar Be Courting?
Jill Duggar & Derick Dillard Are ‘Content’ But May Be Growing Their Family
Tayshia Adams Explains Why She’s Slow To The Altar
Amy Halterman’s Baby Boy’s Birth Immediately Followed By Fart Joke