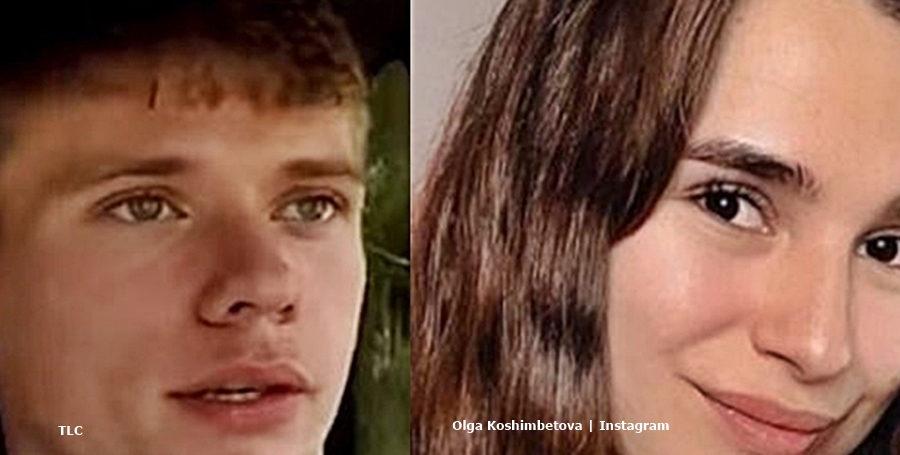 Olga & Steven Frend bicker over their current relationship status on social media. TLC fans know that’s seldom a great idea. Mostly, they feel that 90 Day Fiance stars should resolve their differences out of the public eye. Tit for tat, they now post up after each other. Olga said something, Steven reacted and now Olga slaps back. Fans might be in for another round of online drama.

Fans heard last year, that Steven and Olga split. But both of them said they now co-parent. For a long time, it seemed things were fairly amicable between them. However, that looks like a fail right now. After all, both of them bash at each other on their Instagram accounts. We reported that out of the blue, Olga told fans that she’s not single. And that caused a lot of confusion.

Admittedly, fans saw them together at Christmas, but probably, they only got together to make it special for their son Richie Alex. In fact, in response to Olga telling fans she’s not single, Steven slammed her. He told fans that they tried fixing things but it failed. Allegedly, she always says she’ll change, but never does. So, they go round and round and resolve nothing, So he grew fed up. He also slammed her for causing confusion among 90 Day Fiance fans. Now, Olga & Steven enter a round of tit for tat as she responded.

Tit for tat slap back

Olga took to her Instagram Stories and posted about Steven. In it, she sarcastically mentioned a “fun fact.” And, she noted when things went well, he discouraged updating their “status” on social media. But now there’s an issue, he’s the “first person who tells everyone.” Well, that post’s not likely to fix any issues they might currently go through. After all, calling people out publicly never resolves anything.

The 90 Day Fiance Fanatics 2 account on Instagram screenshot Olga’s latest post and shared it. There, fans reacted to the escalating drama between Olga & Steven. One of them wrote, “So sad to hear!! I truly believe you are a beautiful person inside and out. however, I cant say the same for him. How can an immature young man be mature and understand life and family when hardly understand himself, (sic).”

Another fan noted, “That’s what boys do. Not mature men.”

Are they both immature?

It could also be argued that in her tit for tat post, Olga did something a bit immature as well. Surely, a mature couple would keep their differences at home and not all over social media? Now 22, it’s not like Olga’s a young teen anymore. Perhaps these two eventually get a reputation for confusion and airing their dirty laundry like fellow 90 Day Fiance castmates Paul and Karine.