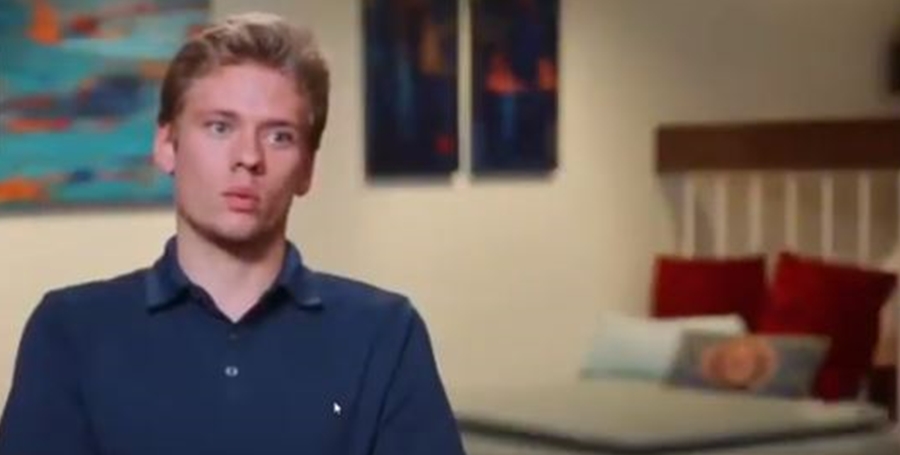 Steven Frend and Olga seem at odds all over again. It looks like he talked with her and tried being together again for a bit. That was in the best interests of their son. But The 90 Day Fiance star denies that means they became a full-time couple again. Reacting to Olga suggesting she’s no longer single, he explained some of his issues about that.

Steven Frend slams Olga for her story about their relationship

We reported this week, that Olga hinted very strongly that she and Steven might be a couple again. It came when she posted up a Q&A. In it, she claimed it’s “false” that she remains “single.” Naturally, that causes speculation as to whether she and Steven got back together again. The idea of her landing a new guy seems remote. Right now, it seems unlikely that she meets and matches with men. Plus, it actually looks like she leads a rather sheltered life.

Fans know the couple try and remain civil for the sake of their son Richie Alex. Mind you, that seemingly disintegrates a bit right now. Nevertheless, the idea they reunited as a couple came reinforced by Christmas photos. Monsters and Critics noted that the TLC couple “set aside their differences and celebrated Christmas together as a happy family.” Olga’s story that suggested she’s not single came after that. And now, Steven slammed her for it.

Correctly, in a new Instagram Story that Steve posted, fans feel very confused. Are they a couple or not? What goes on with them? These actually become voiced frequently. Steven cleared the air about it all. He said they tried making it work. But he sees no resolution as Olga just talks but never acts. In fact, it almost sounds like Steven suggests Olga’s in some sort of denial about their split.

90 Day Fiance fanatics 2 on Instagram shared Seven Frend’s story. In it, he also said that “a lot of time passes” where things seem “fixed,” but nothing changes. So, he grew very tired of it. He now loses “hope” as he tried and failed to effect any change between them. He hates that she “acts like nothing happened” and tells fans they got back together again. In fact, he feels she misleads fans. He also said he tries growing, but Olga won’t change.

TLC fans react to the message from Steven about Olga

90 Day Fiance fans chatted about his new post on Instagram. One of them said, “but Olga doesn’t have an interest in growth like I do“ bruh.. he always seemed very self centred maybe even narcissistic so I didn’t expect anything different lol, (sic).”

Then, another fan commented about Steven Frend and Olga, saying, “Olga can do better anyway,”

Do you agree Olga can find a better man? Sound off in the comments below.